The infamous Concorso d'Eleganza Villa d'Este has started today. During the concours, the estate Villa d'Este at Lake Como is home to some of the most beautiful creations the automotive industry has ever designed/produced. We could already have a glimpse at the Aston Martin Vanquish Zagato thanks to the pictures that were released yesterday. In order to fully appreciate a car however, you have to see it in the flesh. Behold: the first live images of the Vanquish Zagato at Villa d'Este!

The Aston Martin Vanquish concept is already the fifth Aston Martin that has undergone a treatment by the Italian designer/coachbuilder. The collaboration between both brands has been running for over five decades now and during that time a lot of beautiful designs have seen the daylight. This year something rather nice rolled from the drawing board as well, based on the Aston Martin Vanquish.

This concept truly reflects the design cues of Zagato and might even be one of Zagato's finest. We have a so called double-bubble-roof, the unique round taillights have been inspired by the Aston Martin Vulcan and the wing mirrors can be traced to the One-77. And mind you, we do not have an empty hull here. The engine has been souped up as well: the V12 now produces 591 hp and it releases those horses with the lovely Aston Martin-growl we've grown to love over the years. Aston Martin nor Zagato wanted to release further information regarding the specs, at least we know the amount of horses and the fact that the bodywork is completely made out of carbonfiber which should make the Zagato a lot lighter than the standard Vanquish. We can't wait to hear more! 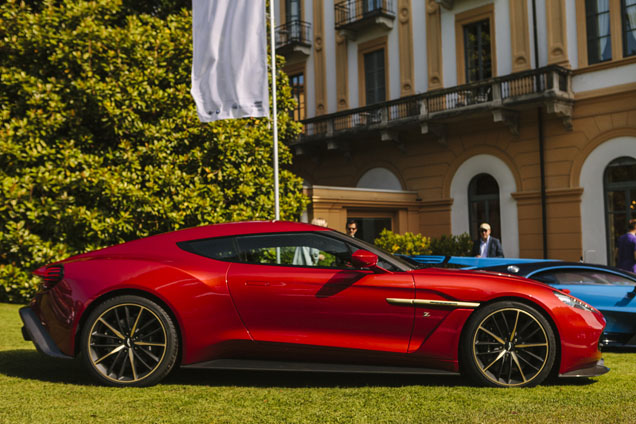 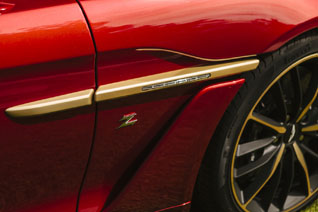