The fact that Lamborghini makes awesome and remarkable creations was already widespread in the community for a very long time. However, a while back they did something absolutely insane: that creation got the name Reventón, and it appears to have driven straight out of a Transformers-movie!

As with many things in life, everything has a reason. The Reventón has been inspired by the F22-raptor stealth fighter, hence the sharp angles in the design. Only 40 of these cars have ever been produced, of which 20 coupes and 20 roadsters. The Reventón is being propelled by the same V12 engine as the Murciélago LP640, but Lamborghini managed to squeeze 10 more hp’s out of it which means the total power comes out at 650 hp. 100 km/h is being reached in 3,4 seconds, but we doubt whether many Reventóns actually did this. Most cars are tucked away in private collections, that’s why the Reventón is so incredibly hard to spot. A bit of a shame for the community, because the design amazes us every time! 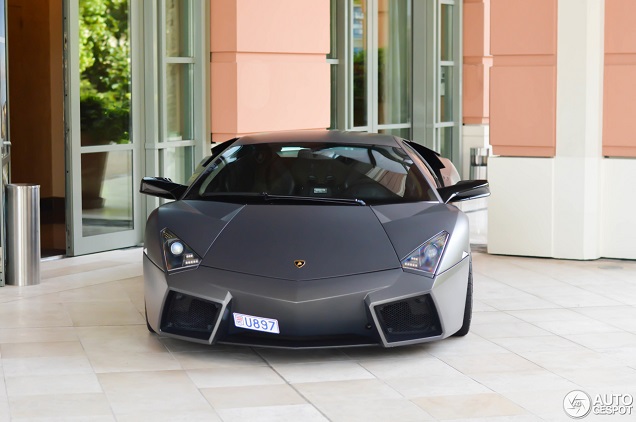