A car which draws a lot of attention on every exhibition is the Pagani Huayra. So of course Pagani brought this car to Monaco for the second year. It will take another two years before we will see the Huayra Roadster, so we have to deal with the closed variant. The more often you see this new Pagani, the nicer it gets.

We never get bored with the interior of the Huayra. It is beautifully finished and a bit more refined compared with the Zonda. Clearly, Horaccio Pagani has thought a long time about his new baby and will make sure every copy will be finished perfectly. The developed V12 by the gentlemens of AMG delivers 700 bhp and 1000 Nm of torque. The Huayra is clearly in his element and it is capable to do the sprint to 100 km/h in 3,2 seconds. The maximum speed will be 370 km/h. You can place the Huayra in the real supercar territory and it will leave many competitors behind. However, you can’t really call any competitors in this price range except the famous Bugatti Veyron 16.4 and the Koenigsegg Agera R, but in terms of speed the Pagani Huayra is no match for these cars.
While the Zonda variants were often produced in one, five of 25 copies, Pagani wants to make 25 Huayra’s every year. The production is already fully booked for the next two years. This is quite an achievement for a car that costs around one million Euros. 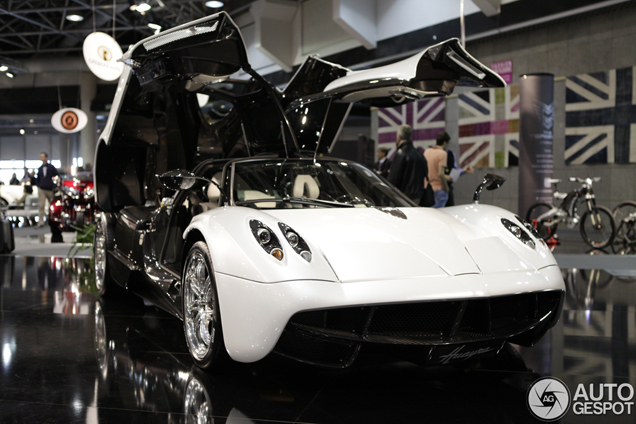 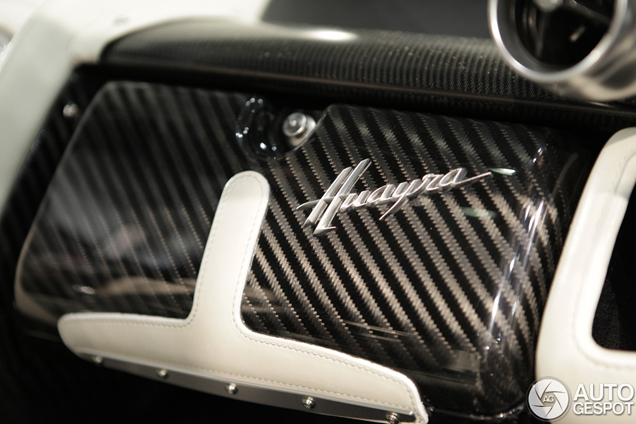