Too late! The Aston Martin One-77 is sold out!

The car with remarkably much positive reactions is finally sold out. It’s not weird it took such a long time because this car was more expensive than a Bugatti Veyron 16.4. It is much more eccentric and outstanding, but above all, very rare. We have to disappoint everyone who was saving money for this model because it is sold out. Only second-hand models are for sale from now on.

Recently we saw in Aston Martin’s annual reports that the most powerful Aston Martin won’t be produced anymore. Reason is that every copy has found an owner. Around 77 owners can now enjoy the 760 bhp and 750 Nm of torque. They will get to 100 km/h in only 3.5 seconds and they can drive next to each other until they reach the maximum speed of 355 km/h. Not that that will happen, it is very rare to see only one. So probably we will never see some of them together. With only 77 copies worldwide, it is getting easier to spot one of these copies, we probably see some of them in Dubai or London next summer! 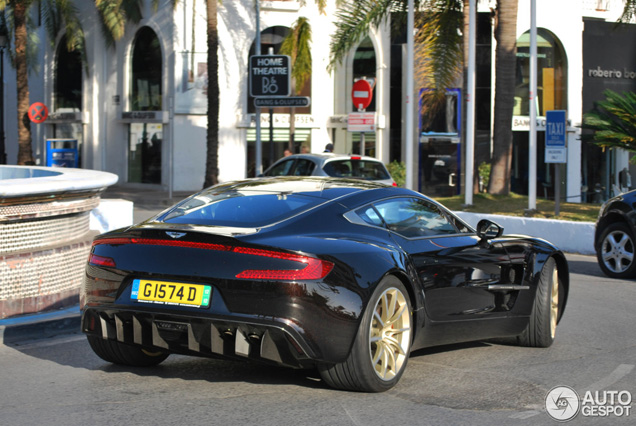