If you’ve never seen a McLaren P1 before, which is not uncommon, then it’s an absolute occasion when you see one in the flesh for the first time. It gets even more special when the car you see is a special edition. This McLaren P1, which is completely built up from carbon fiber, used to be a prototype before!

The McLaren P1 sold out at an incredible pace. To make some more money, and maybe also because the cars are incredibly cool, five prototypes were rebuilt to the so-called McLaren P1 XP Carbon Series editions. Everything carbon, just like you see on the pictures. These cars are not new and they’ve already covered the necessary miles. This normally causes the price to significantly drop, but if such a special history is attached to the car, the potential buyers couldn’t care less. This car has both components: the looks and the history. These factors make it an incredibly interesting piece! 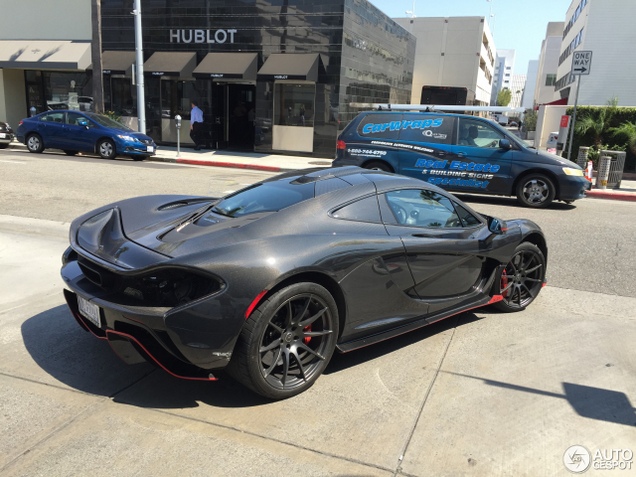