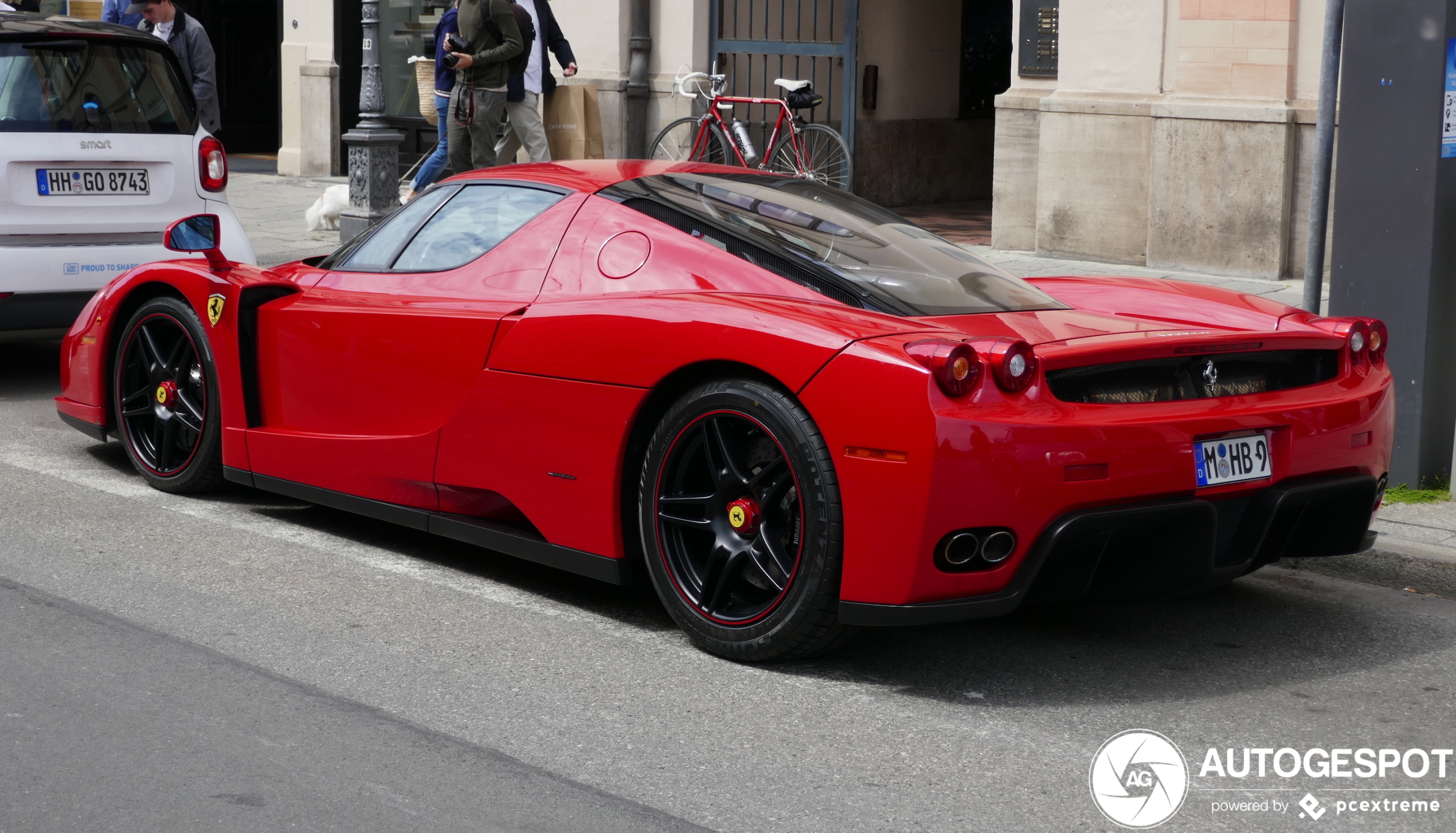 The Ferrari Enzo, another one of those cars that every single car guy recognizes for the legend that it is. A car so special that Ferrari decided who was ‘lucky’ enough to be able to buy one.

With only 399 units produced, the list that Ferrari had to assemble containing possible buyers was quickly put together. You would have to have owned several Ferrari’s and be a excellent customer or ambassador of the brand. Many of the new owners of the Enzo previously had bought the Ferrari F40 and the Ferrari F50. Later on one more Ferrari Enzo would be produced to be donated to the Vatican.

Production was set to start in 2002 and end in 2004. A lot of formula one techniques are incorporated in the car. A few examples are a carbon fiber body, ceramic disk brakes and an F1-style automated shift transmission

This particular car has been a reoccurring sight to see since 2013. Four times this car has been uploaded and it seems to frequent the same street in Munich everytime. This time spotter Cleamsi was there to capture this amazing car. I personally spotted the F40, F50 and even the sistercar of the Ferrari Enzo the Maserati MC12, the Enzo itself however, is yet to be added to the list.

Congrats to Cleamsi on his second Spot of the day! 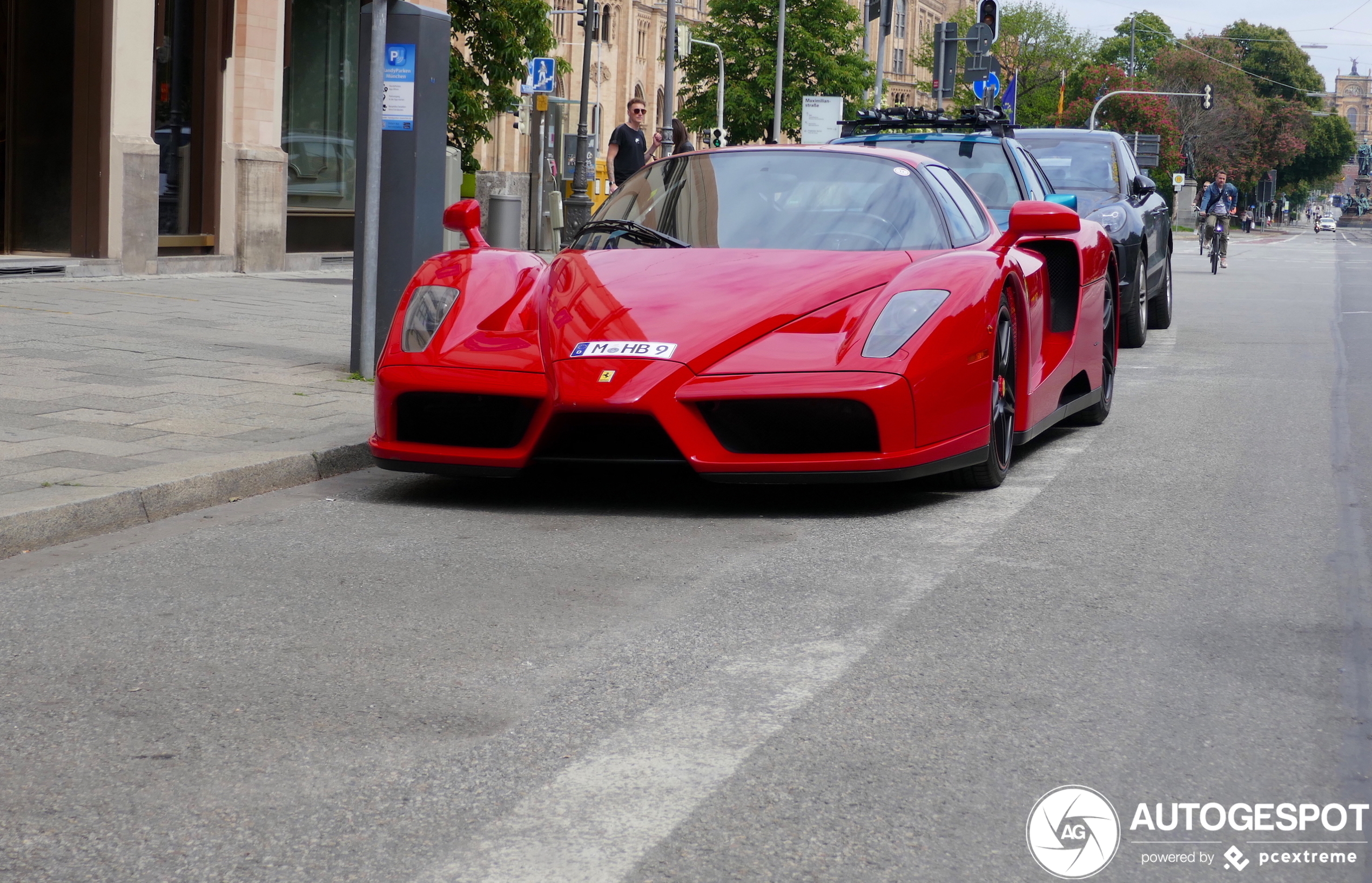