A very yellow and a very Italian horse in the Uk's capitol. London always has its fair share of exotics roaming around but with this car, you will turn heads, even in London!

I have actually spotted this excact car in this excact place myself so i can really appreciate the car and the spot. Where red is the color everybody expects of a Ferrari but it was only after 1970 Ferrari’s were produced in red in Large numbers. The early racing ferrar’s were in red because that was the official racing color for Italy. Yellow is actually the official color of the town of Modena.

The 458 speciale is the more hardcore version of the 458 italia, wich itself wasn’t slow. Ofcourse the looks changed aswell, airvents were added, a different front bumper and a new exhaust system are alle part of the changens. While i love the new front bumper i would have preferred the triple center exhausts look wise, kind of makes me think of the Legendary F40!

Jwome Congrats on getting the spot of the day! 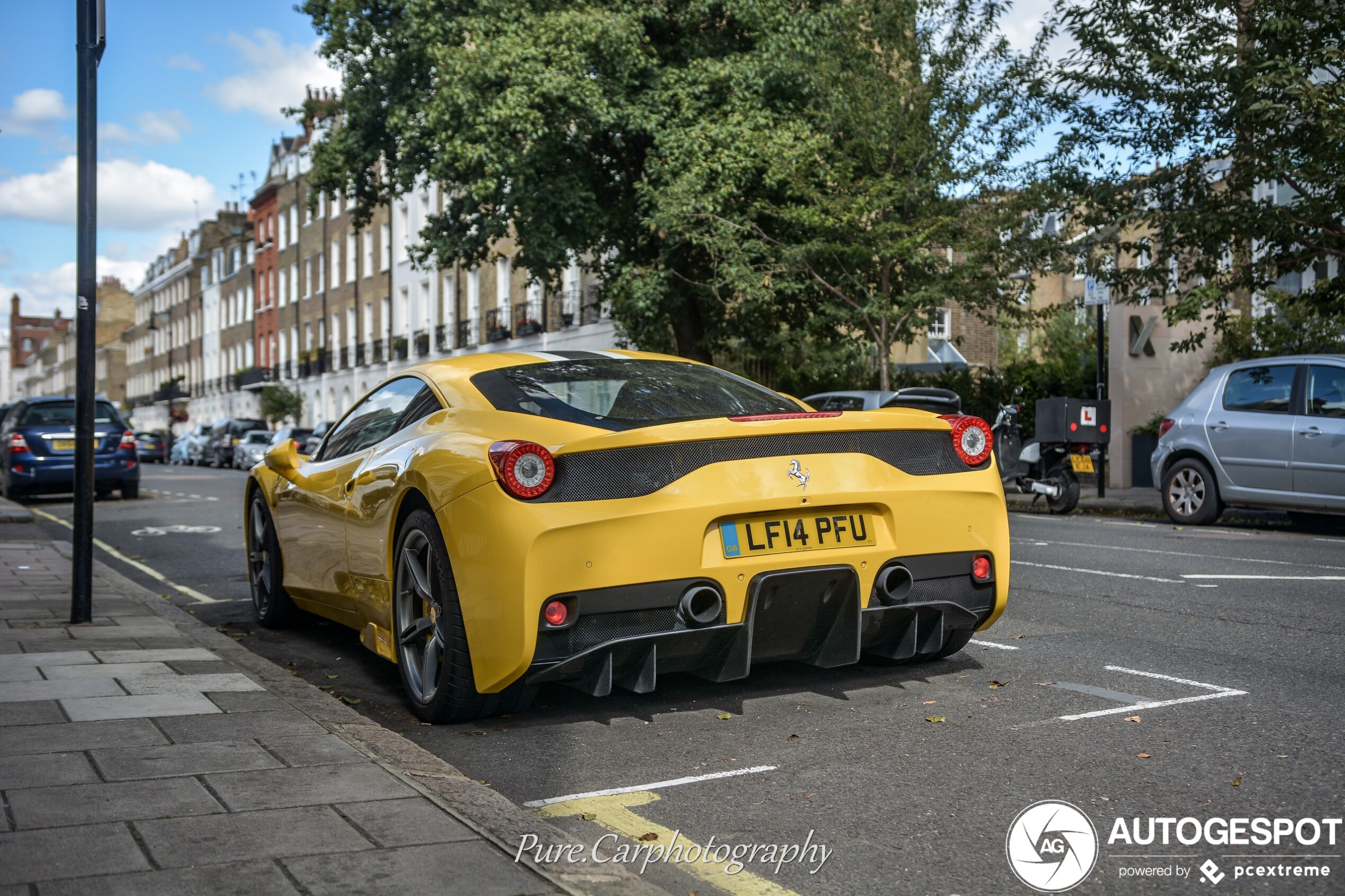