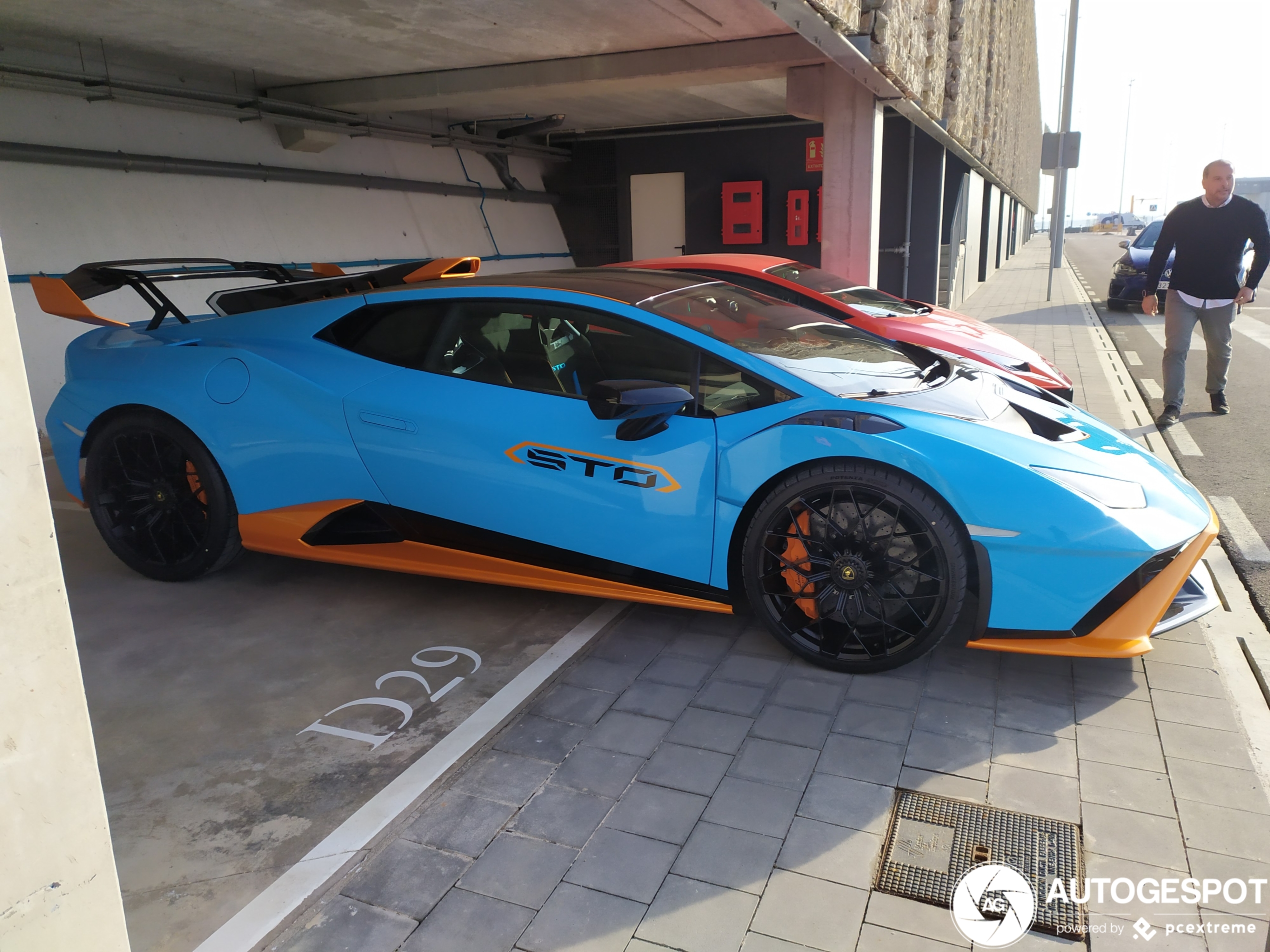 A first! The brand new Lamborghini Huracán STO was unveiled digitally at the end of last year and since then we've seen the car appear at various dealers worldwide. It was not yet spotted on the street, but with the thousands of spotters worldwide who are on Autogespot it could not last. The scoop goes to Jordii93 in Barcelona!

The Huracán Super Trofeo Omologata is track technology brought to the road. We don't suspect a more hardcore Huracán will come. As the name suggests, the base is the Squadra Corse's racing car. It is therefore the direct successor of the Performante, sits above the Huracán EVO and comes exclusively with rear-wheel drive. The Lamborghini is a track-oriented car that has been made road legal. A trick that several manufacturers play nowadays. It weighs 43 kilos lighter because 75 percent of the bodywork has been replaced by carbon fiber. In addition, the windscreen alone is 20 percent lighter. The STO weighs only 1,339 kilos! The power of the V10 remains the same with 630 hp. Due to the many aerodynamics, the top speed is only 310 km / h, but you know that the beast will hold its own on a track.