Now BMW introduced the M5 and M6 the waiting for the new M3 has begun. BMW is looking for more M-models and that is why F30post thinks the 3 series M3 will only be made as sedan and the rest will wear the name M4. The following rendering gives a good impression of what the new M3 will look like.

Insiders think the new F82 Coupé and the F83 Convertible will get the name M4. So you don’t have to be afraid that the two-doors variant won’t be produced. The new M3 won’t get a powerful V8 as in the current version, BMW is going back to the straight-six engine. This engine will get at least two turbo’s and possibly even three! The power of the engine will be around 450 bhp. You can choose between a manual six speed gearbox or the DCT-gearbox with seven gears. The car will be introduced at the end of this year.

We can’t see much of the exterior on the camouflaged models which are driving around at this moment. Though, WildSpeed has an idea of how the sportive 3-series will look like. The car gets a hood with two extra sharp folds, sporty and typical M-bumpers and also the characteristic four exhausts. The exterior will be the same as the current M-models, only a bit smaller in size. 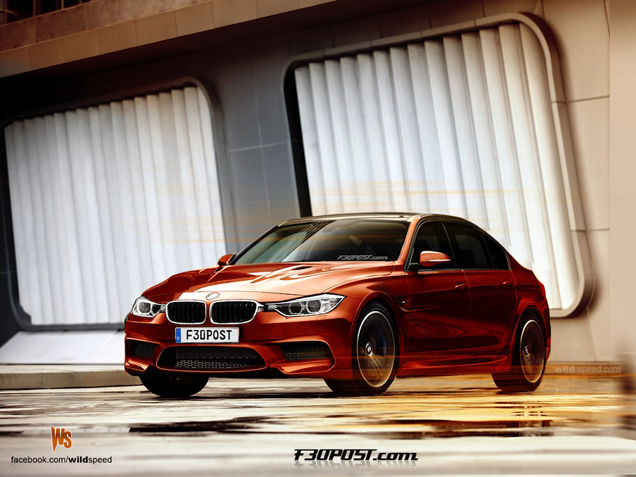