Porsche finally shows us the 992 GT3! 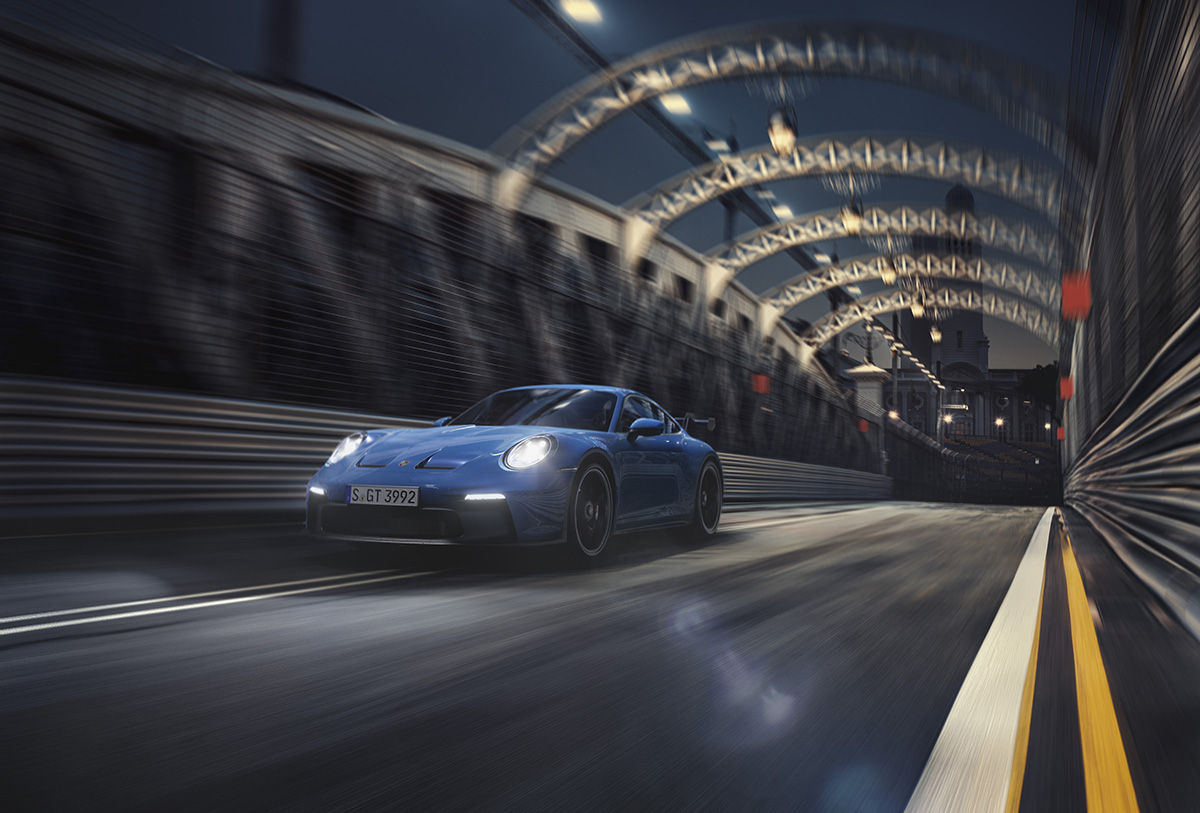 Porsche takes the new 911 GT3 off the leash. The seventh edition of this high-performance sports car was also developed in close collaboration with Porsche Motorsport. It transfers pure racing technology into a production model even more consistently than ever before.

The double wishbone front axle layout and sophisticated aerodynamics with swan neck rear wing and striking diffuser originate from the successful GT race car 911 RSR and the 510 PS four-litre six-cylinder boxer engine is based on the drivetrain of the 911 GT3 R, tried and tested in endurance racing. The acoustically impressive, high-revving engine is also used practically unchanged in the new 911 GT3 Cup. The result is a brilliant driving machine: efficient and emotional, precise and high-performance – perfect for the circuit and superb for everyday use.

The distinctive strength of the 911 GT3 lies in the sum of its characteristics. With a top speed of 320 km/h (318 km/h with PDK) it is even faster than the previous 911 GT3 RS. It accelerates from zero to 100 km/h in 3.4 seconds. Porsche also offers the new model with a six-speed manual transmission for a particularly puristic driving experience. The sophisticated aerodynamics benefit from the experiences gained from motor racing and generate significantly more downforce without noticeably affecting the drag coefficient. In the performance position, the manually set wing and diffuser elements significantly increase the aerodynamic pressure for high cornering speeds. This is, however, reserved strictly for outings on the circuit, as it is there that the 911 GT3 can play all its trump cards. During final testing, it lapped the Nuerburgring-Nordschleife, traditionally the ultimate proving ground for all sports cars developed by Porsche, over 17 seconds quicker than its predecessor. Development driver Lars Kern took just 6:59.927 minutes for a full 20.8-kilometre lap. The shorter 20.6-kilometre track, which had previously served as a benchmark, was completed by the 911 GT3 in 6:55.2 minutes. Running on the optionally available Michelin Pilot Sport Cup 2 R tyres, the new model consistently delivered its performance over several laps in the expert hands of Porsche brand ambassador Jörg Bergmeister. For Bergmeister, it is "by far the best production car" that the experienced professional driver has ever driven in the "Green Hell".

Despite a wider body, larger wheels and additional technical features, the weight of the new GT3 is on a par with its predecessor. With manual gearbox it weighs 1.418 kilograms, with PDK 1.435 kilograms. The front bonnet made of carbon fibre-reinforced plastic (CFRP), lightweight glass windows, optimised brake discs and forged light-alloy wheels ensure weight discipline, as does the cover for the rear seat compartment. The lightweight sports exhaust system reduces the weight by no less than ten kilograms. With infinitely electrically adjustable exhaust flaps, it harmonises a highly emotional sound experience with the Euro 6d ISC FCM (EU6 AP) emissions standard. The combined consumption of the 911 GT3 is 13.3 litres/100 km (PDK 12.4).

Its racing genes are expressed in practically all the details of the new 911 GT3. The cockpit is in line with the current model generation. A new feature is the track screen: at the touch of a button, it reduces the digital displays to the left and right of the central rev counter, which reaches up to 10,000 revs, to information such as tyre pressure indicator, oil pressure, oil temperature, fuel tank level and water temperature, which are essential when driving on the circuit. It also includes a visual shift assistant with coloured bars to the left and right of the rev counter and a shift light derived from Motorsport.

Especially for the Porsche GT models, customers are increasingly requesting customised equipment. For this reason, the Porsche Exclusive Manufaktur range is also available for the new 911 GT3 and is supplemented by GT 3-specific options such as a lightweight roof made of exposed carbon fibre. Other highlights include exterior mirror tops made of carbon, darkened LED matrix main headlights and matching Exclusive design rear lights with an arc of light with no red components. Guards Red or Shark Blue painted wheel rims enhance the black alloy wheels. In the interior, equipment details such as the dials for the rev counter and Sport Chrono stopwatch, seatbelts and trim strips set elegant accents in the body colour or other desired colour.

As exclusive as the 911 GT3 itself is the individual chronograph that Porsche Design offers exclusively to customers of the high-performance sports car. Like its motorised role model, it boasts a dynamic design, consistent performance and high-quality workmanship. Its housing reflects its Motorsport genes. Just like the connecting rods of the GT3 engine, it consists of robust, lightweight titanium. The timepiece is powered by an individual winding rotor reminiscent of the wheels of the 911 GT3. The coloured ring of the dial can be customised in the paint colours of the 911 GT3.

Porsche is offering the new 911 GT3 with a starting price of 152,416 euros including VAT and country-specific equipment*. Delivery is set for May 2021. 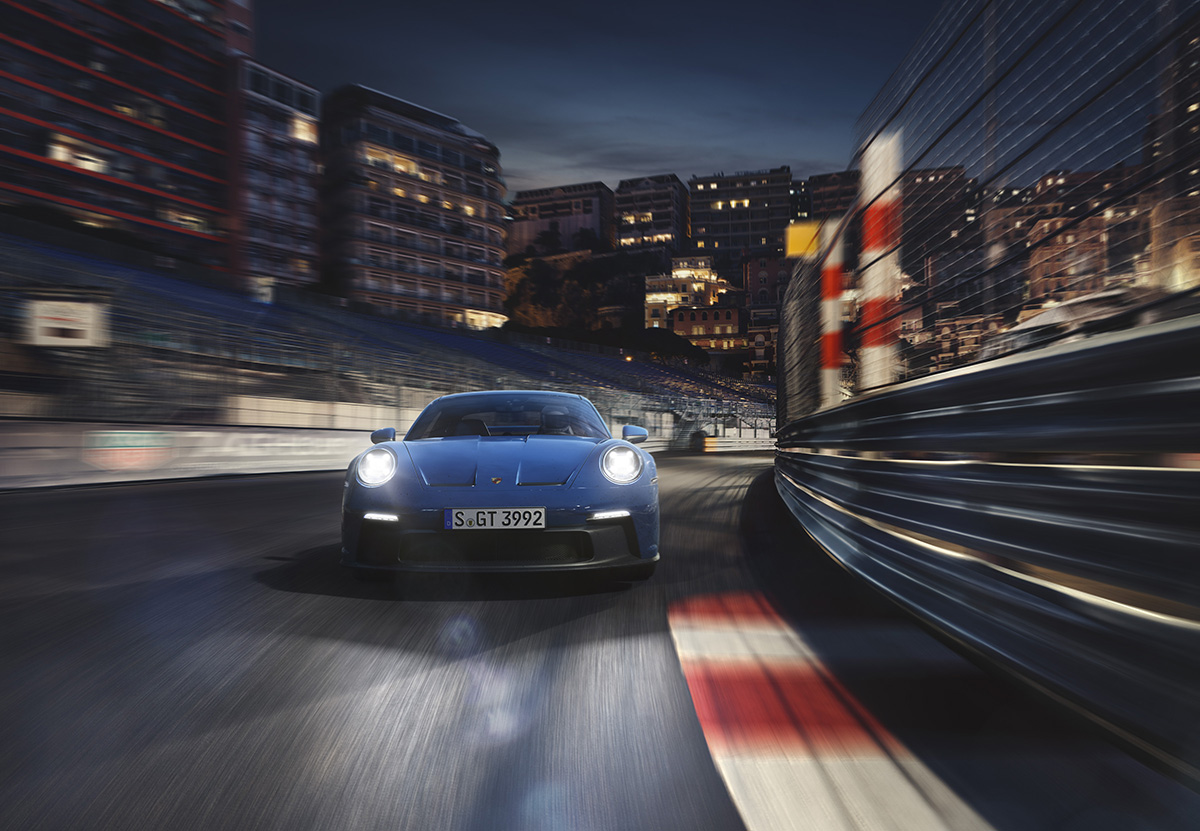 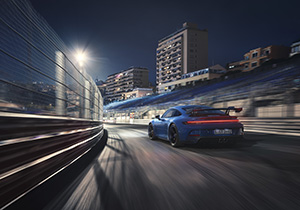 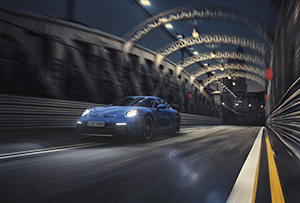 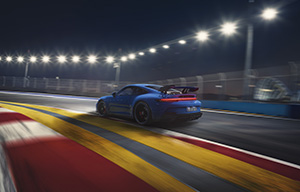 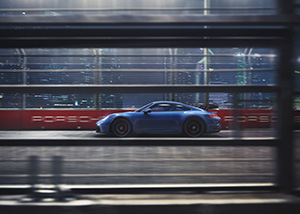 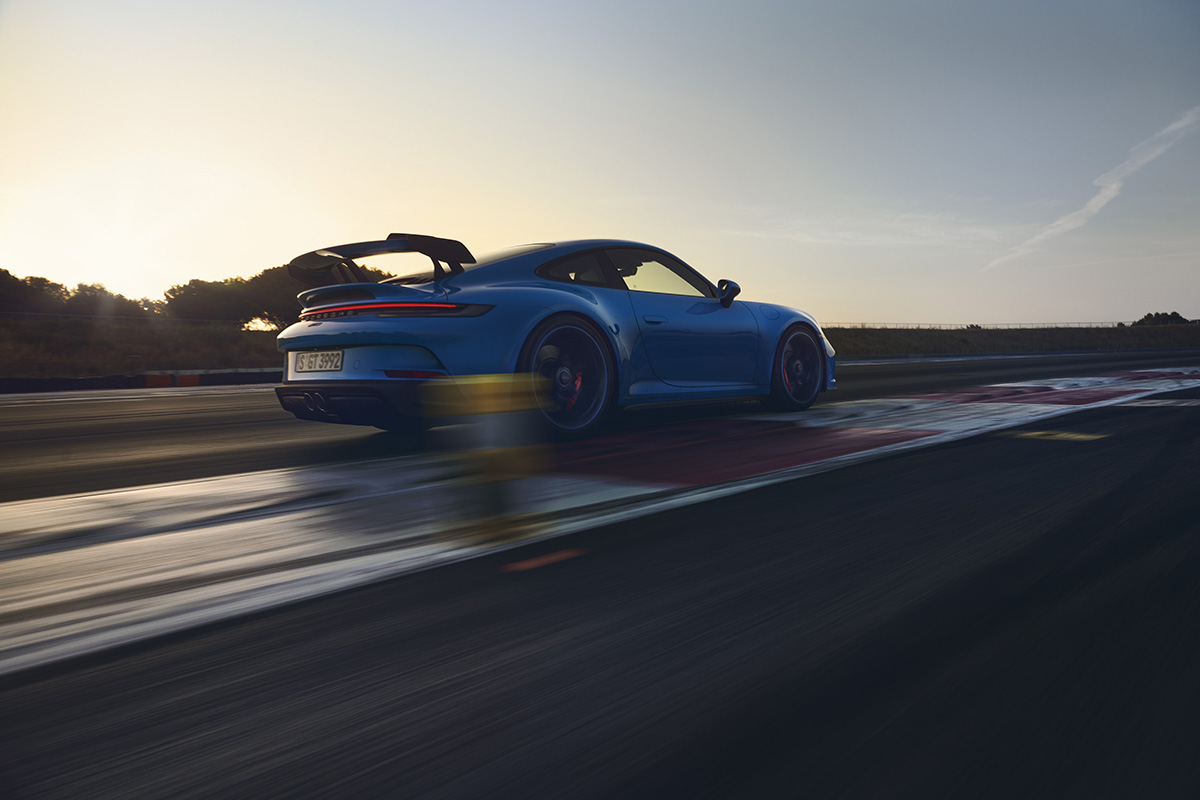 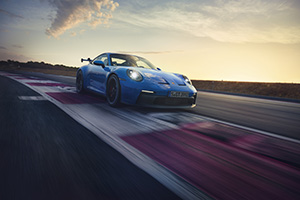 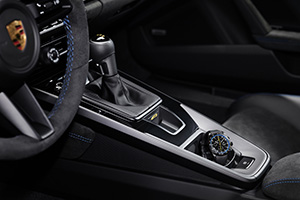 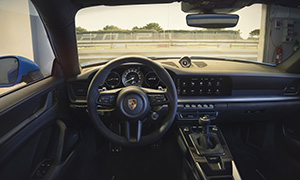 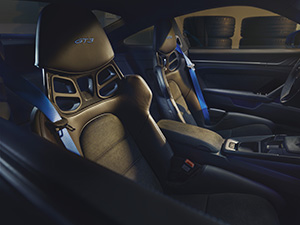 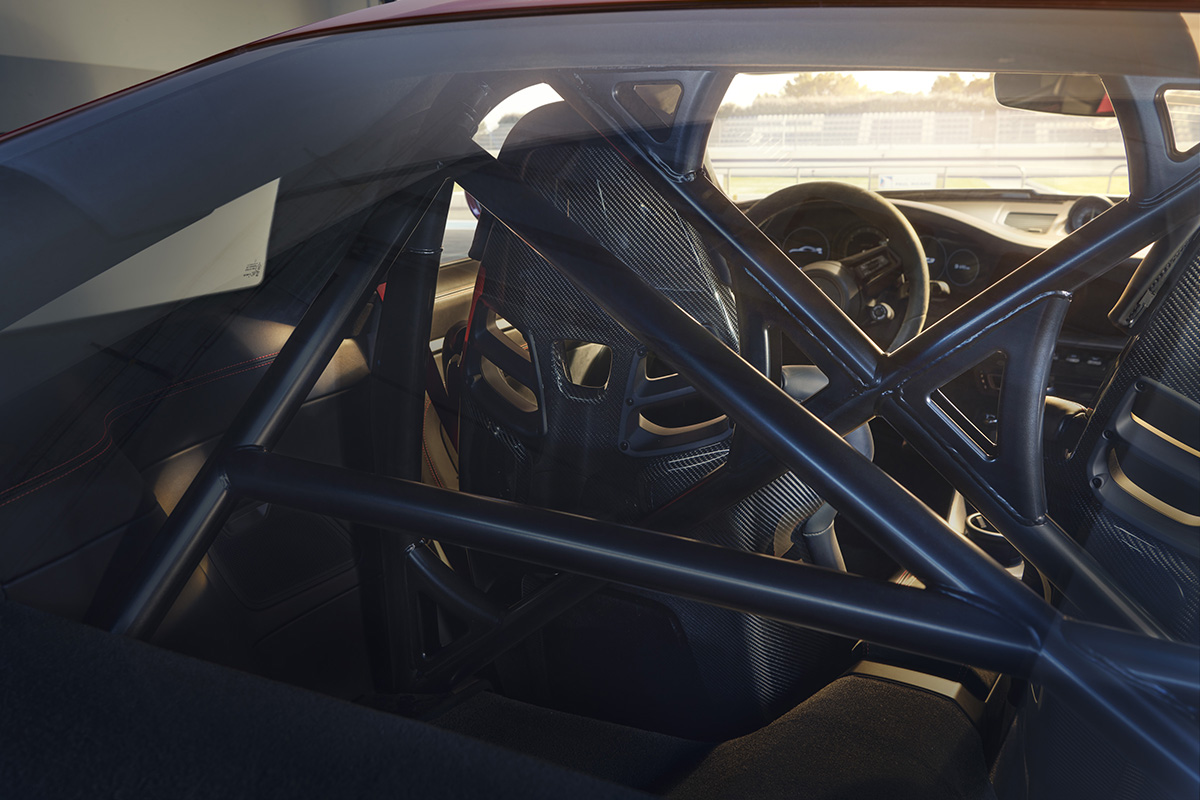