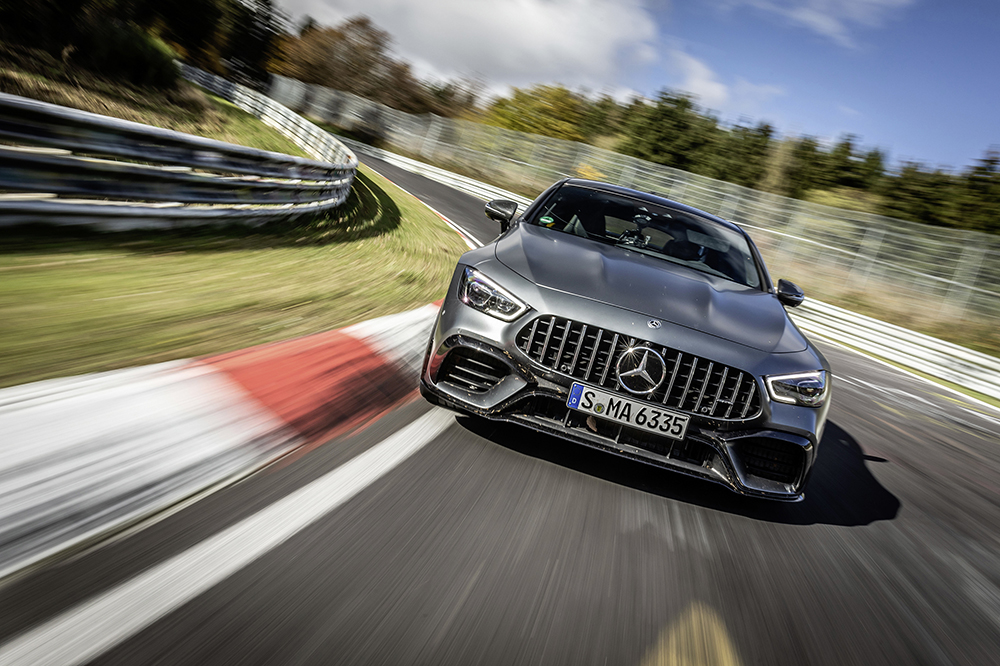 With the 2021 model year, in production since September 2020, the Mercedes-AMG GT 63 S 4MATIC+ is even faster on the legendary Nordschleife of the Nürburgring. Thanks to newly tuned elastokinematics and other fine-tuning measures, AMG development engineer Demian Schaffert set a new record time, putting the four-door coupé from Affalterbach impressively in first place on the official list of best cars in the “luxury class” category.

The former racing driver beat his own previous lap record set in the fall of 2018 by 2.3 seconds. The officially measured and notary-certified values are: 7:23,009 min for the 20.6-kilometre-long version (without straight-line measurement for track section T13) and 7:27,800 min for the 20.832-kilometre-long complete track (with straight-line measurement for track section T13). Exactly this variant and this lap time is officially listed by Nürburgring GmbH on their homepage. Mercedes-AMG has thus impressively regained the crown in this class after only three months.

The 639 hp Mercedes-AMG GT 63 S 4MATIC+ looked to set a new record in its completely standard form, and it is outfitted particularly well for this: Its equipment includes dynamic driving highlights such as the fully variable AMG Performance 4MATIC+ all-wheel drive, active rear-axle steering, an electronically controlled rear-axle limited-slip differential and the AMG DYNAMICS agility programme. The Michelin Pilot Sport Cup2 tyres fitted during the record-breaking drive, which every customer can also order as an option, provided the final bit of grip for optimum traction and powerful acceleration out of the total of 73 curves in the “Green Hell”. The aero package, which is also optionally available and mounted on the record-breaking vehicle, also increases stability at higher speeds and reduces the cd value. 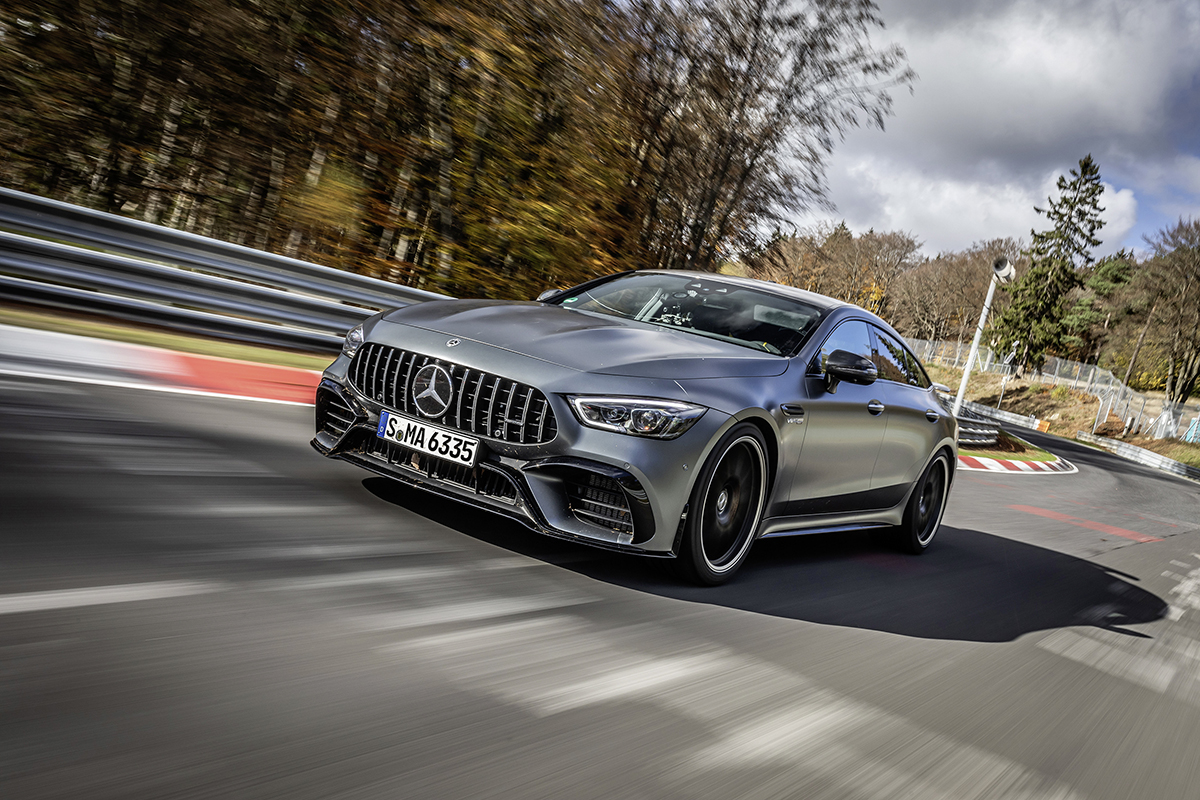 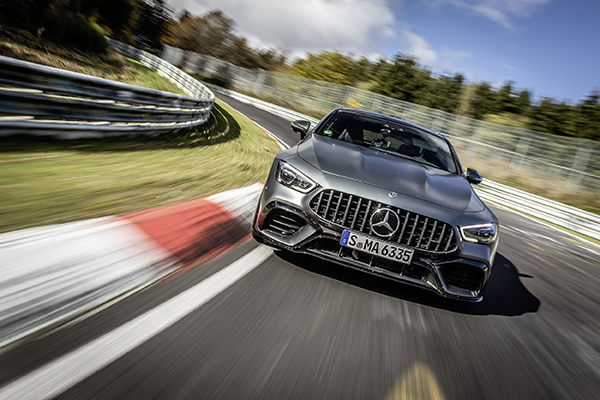 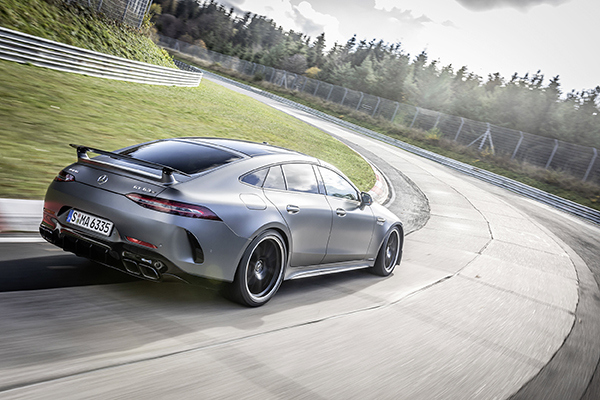