Last March, McLaren made some more history. The P1 GTR was shown in production state and they also brought the new 675 LongTail to the Geneva Motor Show. The LongTail was introduced as a coupé of which only 500 copies will be build. Meanwhile, rumors are spread that the 675 LT Spider will be introduced in 2016.

Several dealerships are already talking with clients whether they're interested in one or more 675 LT Spiders or not. This is to check the demand for the model that will be introduced in 2016. At first McLaren said that they only wanted to build the coupé version but multiple customers let McLaren know that they were looking for a Spider version of this brutal LongTail. It's not that strange that McLaren will offer this model as a Spider version. The carbon fiber monocoque is definitely strong enough and the new roof construction will only increase the weight with a few kilograms. 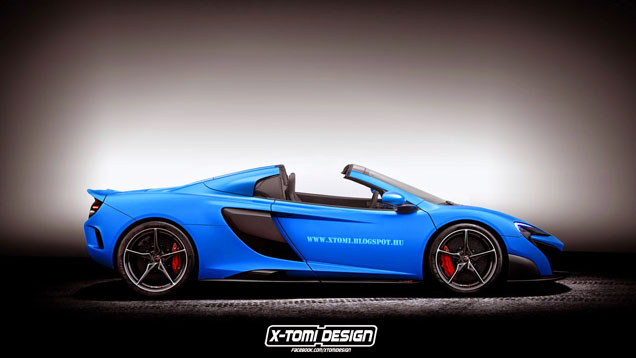