First Bugatti Divo's will be delivered to customers 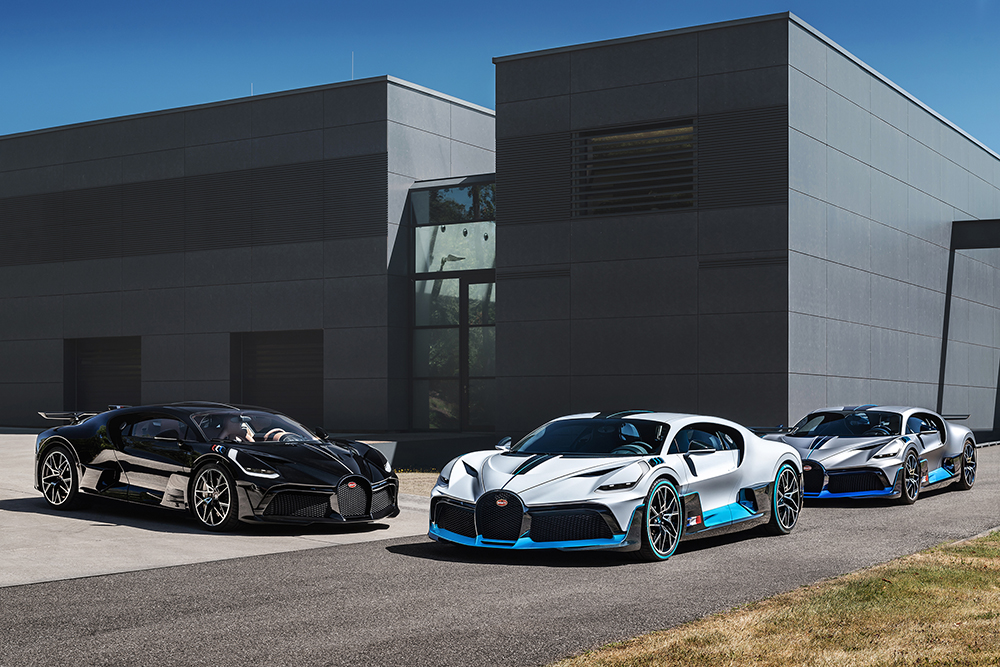 Highly customised, high-performance and very exclusive. Since its world premiere in August 2018 the Bugatti Divo1 has been amongst the world’s most extraordinary hyper sports cars. Now the first of a total of only 40 Divo are being handed over to customers from the Atelier in the Alsatian town of Molsheim – at a net unit price of €5 million. This marks the end of a challenging development process lasting almost two years.

The English word “coach” refers to a carriage or a car, and coachbuilding is equivalent to haute couture in the fashion sector: it describes customised cars for individual tastes. In 1932, Jean Bugatti, son of company founder Ettore Bugatti, already created the elegant roadster body for the Type 41 Royale luxury vehicle at the age of 23. Its owner was textile magnate Armand Esders, which is why the vehicle is known today as the “Royale Esders”. However, Jean Bugatti’s masterpiece is considered to be the Type 57 SC Atlantic, a sports coupé delivering over 200 PS with a breathtaking bodyshell of which only four were ever built.

The difference in terms of today's coachbuilding vehicles like the Divo is that in the past, master body-makers simply tailored different body shapes to a chassis – they hardly ever modified the technology. In contrast, with the new Divo development designers and engineers modified the technology and boosted the performance. “We had a host of liberties when we developed the Divo because we limited the top speed to 380 km/h. As a result, we were able to generate more downforce and turn the Divo into a visually and technically independent model”, Deputy Design Director Frank Heyl explains. Consequently, the extremely well performing hyper sports car has become even more agile.

However, the new Bugatti also differs from the Chiron in terms of how it looks. Thanks to its slimmer sideline and additional air intakes to cool the brakes, the Divo looks flatter and more sporty. The bonnet now has air intakes that reduce the front surface of the vehicle and improve the air flow. An optimised Aero Curtain ensures improved aerodynamics at the front and rear of the vehicle’s sides. The new front spoiler design creates more downforce, directing more air to the front air intakes. Four independent air sources on each side of the vehicle cool the brakes. The compact, lightweight LED headlights with a narrow light opening measuring a mere 35 millimetres particularly catch the eye. These headlight slots featuring boomerang daytime driving lights extend far into the wings so that the radiator seems to be floating.

The production process is also crucial for the Divo. This is the first Bugatti model to be created digitally. Designers and developers assessed the model using VR goggles, milled hard-foam models at a scale of 1:1 on this basis and had a look at the proportions from a distance of 30 to 40 metres to gain a better feeling for shapes and proportions. “The symbiosis between designers and CAD modelling staff was inspiring and very creative teamwork. Thanks to the close cooperation we were able to create a new model in a mere five months – an extraordinarily short period of time”, Frank Heyl explains. Ever since, Bugatti has continued to digitalise and improve development processes so that every model is now visually developed on a digital basis. This means that aficionados of the brand can look forward to what the future brings. 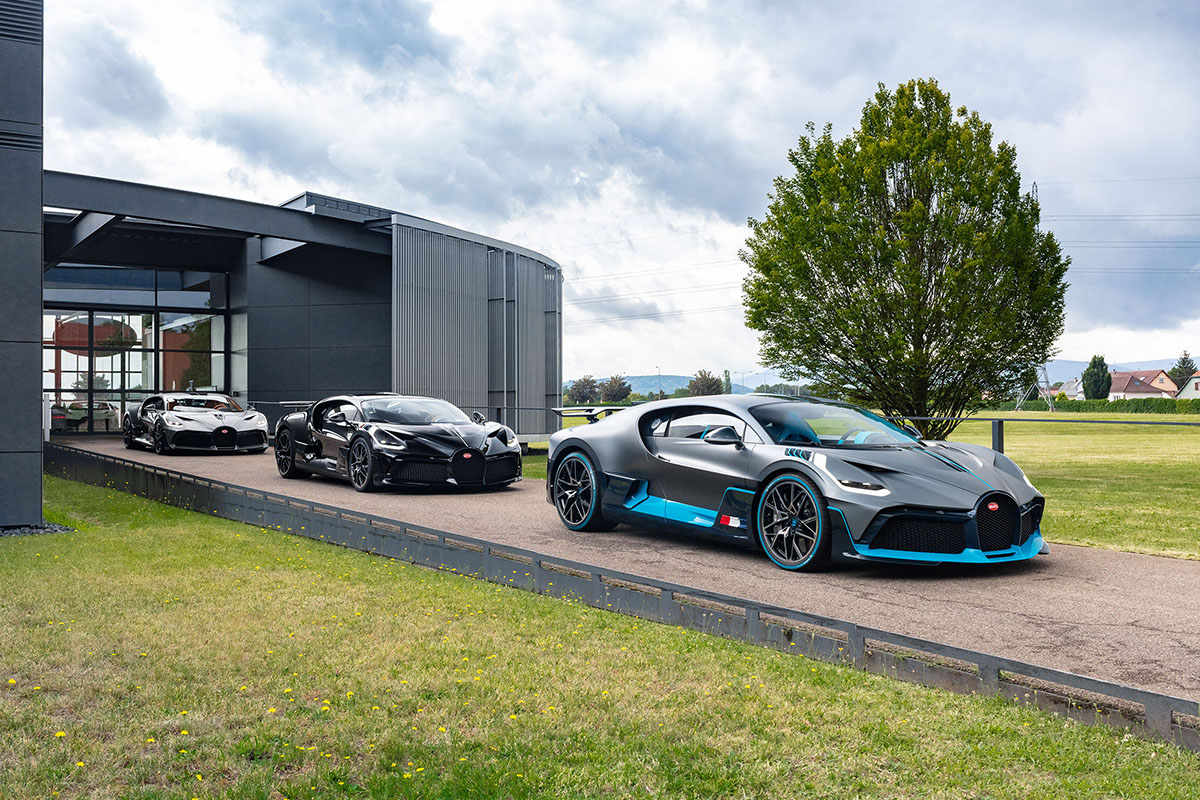 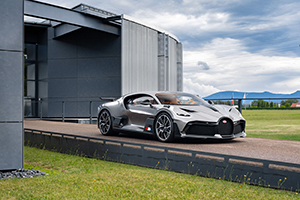 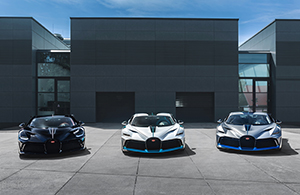 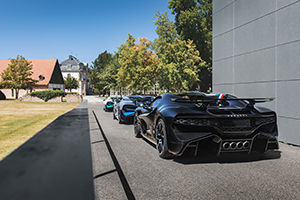 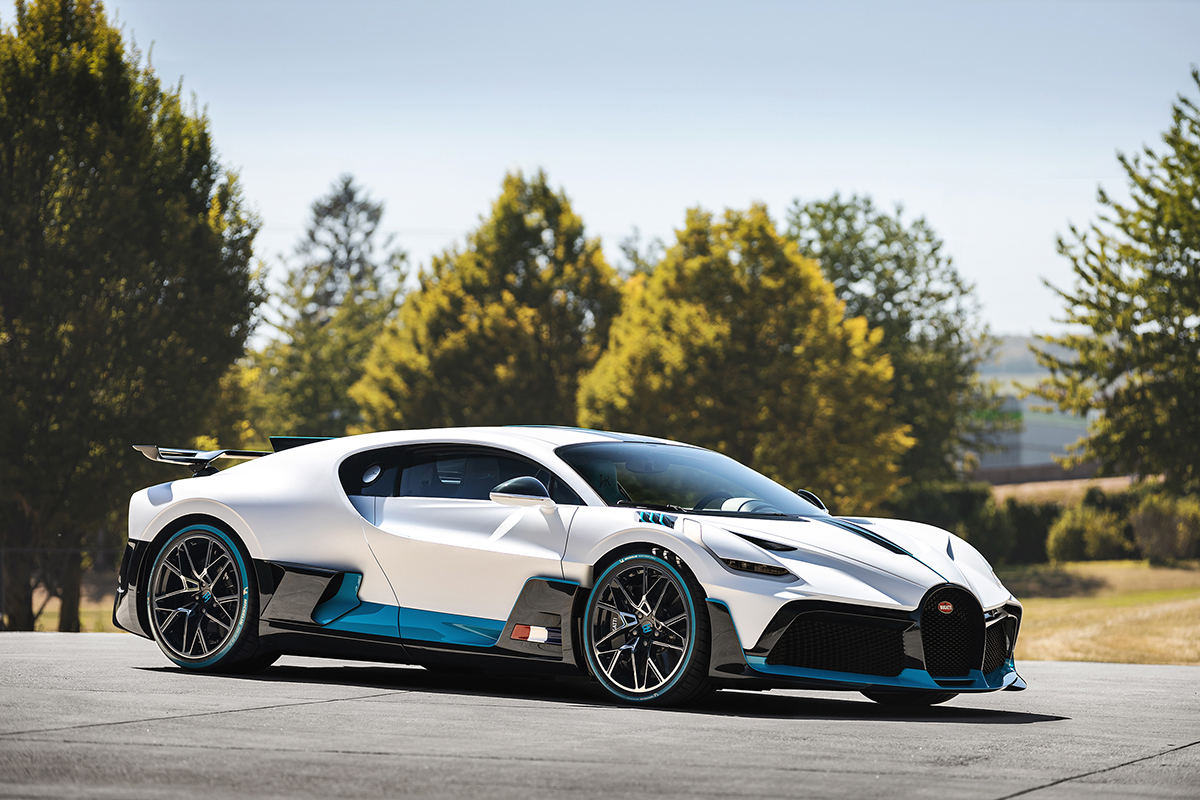 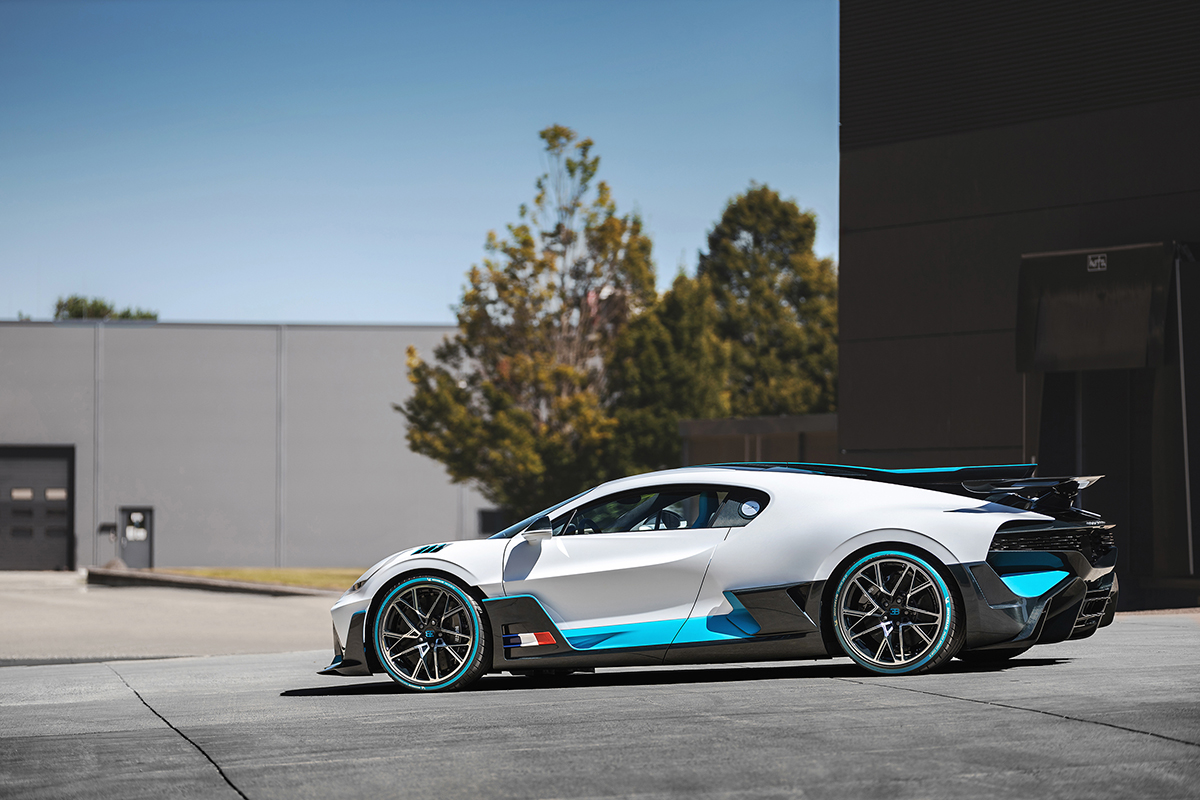