Ferrari presents the all new Roma 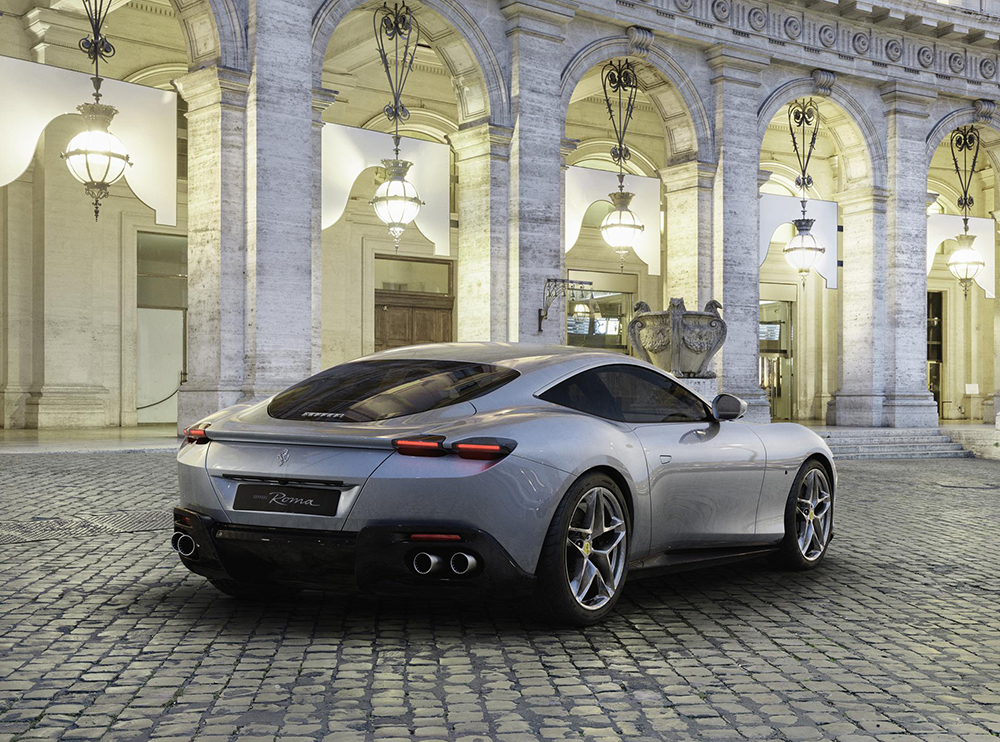 The Ferrari Roma, the new mid-front-engined 2+ coupé of the Prancing Horse, features refined proportions and timeless design combined with unparalleled performance and handling. With its distinctive flair and style, the car is a contemporary representation of the carefree, pleasurable way of life that characterised Rome in the 1950s and ‘60s.

The approach taken by the Ferrari Styling Centre for the Ferrari Roma’s exterior centres around clean design and absolute symbiosis between its various elements with harmonious proportions and pure, elegant volumes. To underscore that formal minimalism, all superfluous detailing has been removed.

The new formal approach to the interior led to the creation of two driver and passenger safety cells, an evolution of the Dual Cockpit concept. Surfaces and functions are organically distributed in the cockpit, which is defined by elements that unfold seamlessly around the concept and perception of space.

The Ferrari Roma represents the pinnacle of performance in this category, thanks to its turbo-charged V8 from the family of engines that has won the overall International Engine of the Year award four years running. In this version, the engine reaches 620 cv at 7500 rpm and is coupled with the new 8-speed DCT gearbox that was introduced on the SF90 Stradale. 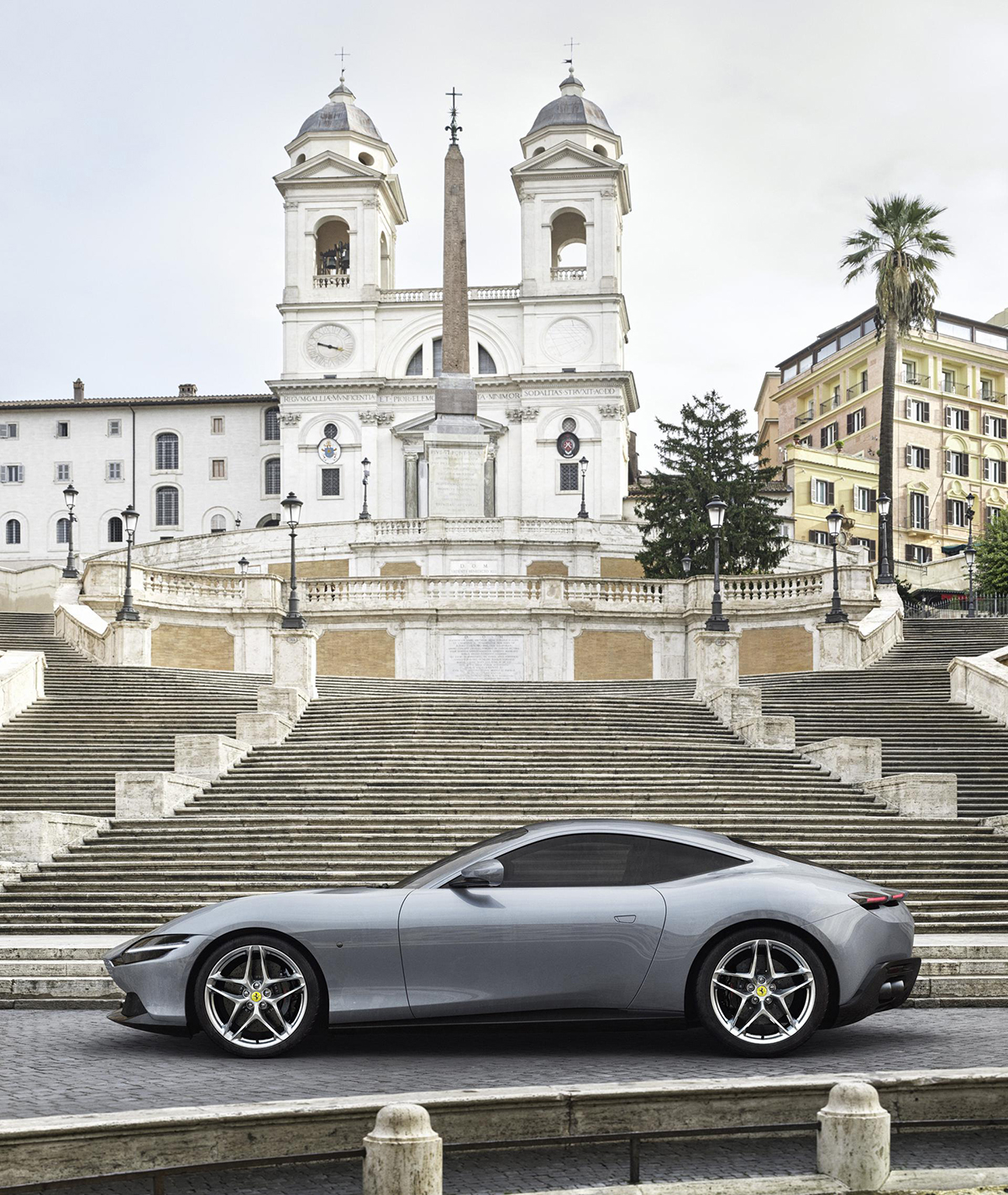 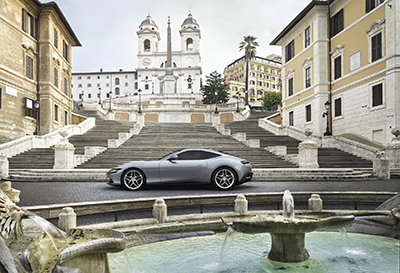 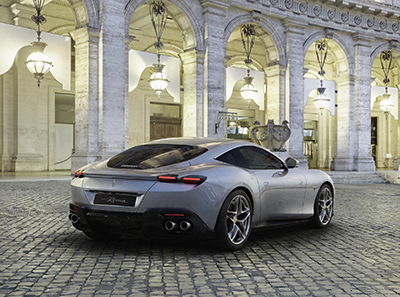 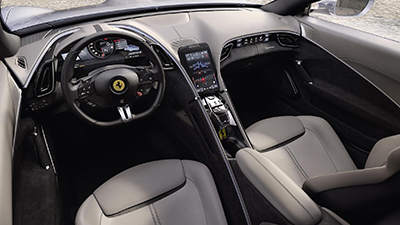