Racecars belong on the circuit. At least, that is what the producers often think. Though there are some people with different thoughts about this. These people often have a lot of money which makes it possible to drive your racecar on the public street.

This is what happened in China, the land of the unlimited possibilities. Someone placed a license plate on its Pagani Zonda R so now it is allowed to drive through the streets of Shenzhen.
The completely carbon fiber car is totally crazy. So I can’t understand why this car is just driving on the public streets in China, you would almost buy a ticket and fly to China to spot this car. The chance to spot this car seems to be quite big, as we see the car driving in the movie. Unbelievable! This competitor of the Ferrari FXX and the Maserati MC12 Corsa is officially not allowed to drive on the streets. Though the owner found a way to get a license plate for this car. The V12 gives you 740 bhp, which is less than the new Zonda 760 RS. 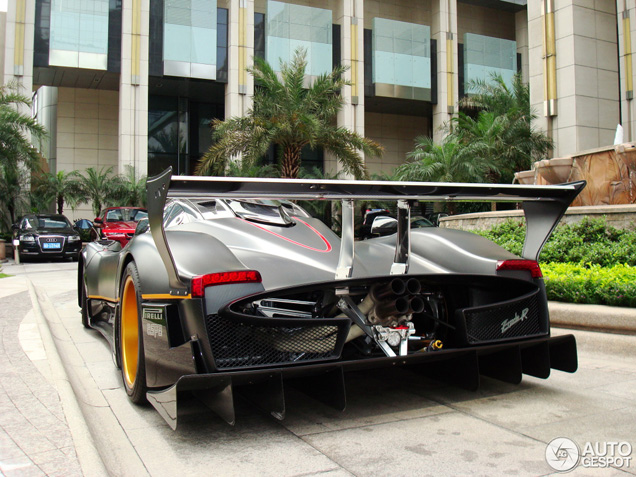