Bugatti shows off with the new Bolide 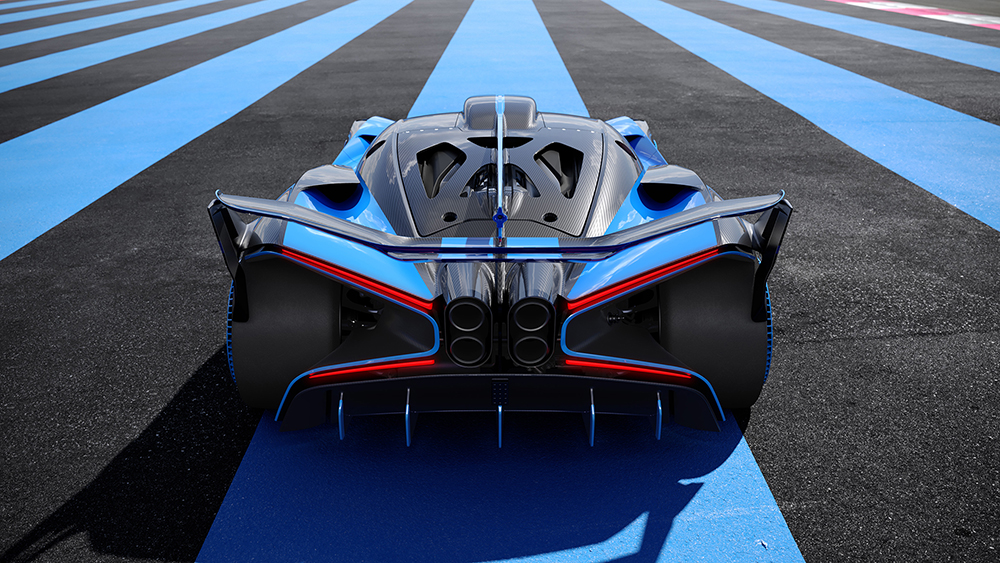 Reduced, raw, authentic. With the technological concept of the Bugatti Bolide, the French luxury car manufacturer is now providing the answer to the question what if Bugatti built a radically light vehicle around its iconic 8.0-litre W16 engine? The experimental study of the Bugatti Bolide is a track-oriented hyper sports car featuring a W16 engine derived from series production as powertrain combined with a minimal body for maximum downforce. It therefore promises to offer the ultimate Bugatti performance kick.

At the same time, the Bugatti Bolide is the most extreme, uncompromising, fastest and lightest vehicle concept in the company’s recent history – with an incredible weight-to-power ratio of 0.67 kg per PS. This is made possible by the combination of the W16 engine with 1,850 PS and a vehicle weight of just 1,240 kilograms. The Bugatti Bolide achieves figures that are almost on par with Formula 1 while its top speed is well above 500 km/h – without compromising maximum handling and maximum agility. The Bolide takes 3:07.1 minutes to complete a lap of Le Mans and 5:23.1 minutes to get around the Nordschleife.

The Bolide is the ultimate answer to the question of what if Bugatti built a track-focused hyper sports car that met the FIA’s safety requirements. Designed around the W16 powertrain with the minimum body structure and unbelievable performance data. The result: the smallest possible shell for a breathtaking performance vehicle that allows the W16 to truly come into its own.

All of Bugatti’s expertise has been condensed into the Bugatti Bolide. It is therefore an innovative information source for future technologies. The Bolide is thus more than just an intellectual exercise.

The 8.0-litre W16-cylinder engine with 1,850 PS and 1,850 newton-metres of torque is at its heart. Bugatti has designed the drive specifically for use on the racetrack and has optimised the engine and gearbox in particular for higher engine speeds. Among other things, this includes dethrottling the intake and exhaust system to achieve an even faster, more spontaneous, and extreme response characteristic. The four newly developed turbochargers are fitted with optimised blades in order to build up more boost pressure and power at higher engine speeds. In order to achieve optimum lubrication even under extremely high centrifugal forces, the oil circuit, oil pressure, check valves, baffles, oil tanks, oil reservoirs, and pump design of the dry sump lubrication have been optimised. The weight of the drive system is also significantly reduced at the same time.
Instead of water-to-air intercooling, the Bugatti Bolide has air-to-air intercooling with water pre-cooling for optimal performance on the racetrack. The inflow takes place from the front via one internal and one external air duct on each side of the vehicle. The two water coolers, which are arranged in front of the front axle, provide a more effective radiator system in terms of flow than is customary even in Formula 1. Three air-cooled oil coolers for engine, transmission, and differential with water pre-cooling reduce the temperature even on dynamically demanding race laps. Newly developed and hybrid carbon titanium turbofan radial compressors ventilate and cool the high-performance racing brake system. 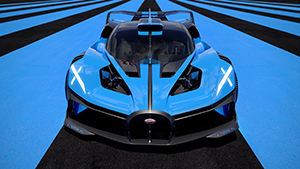 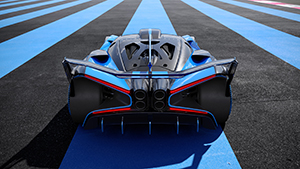 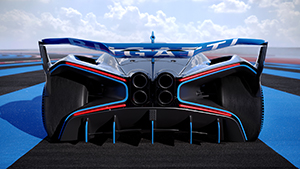 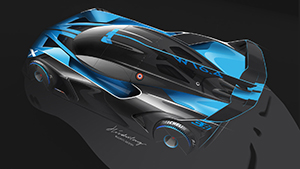 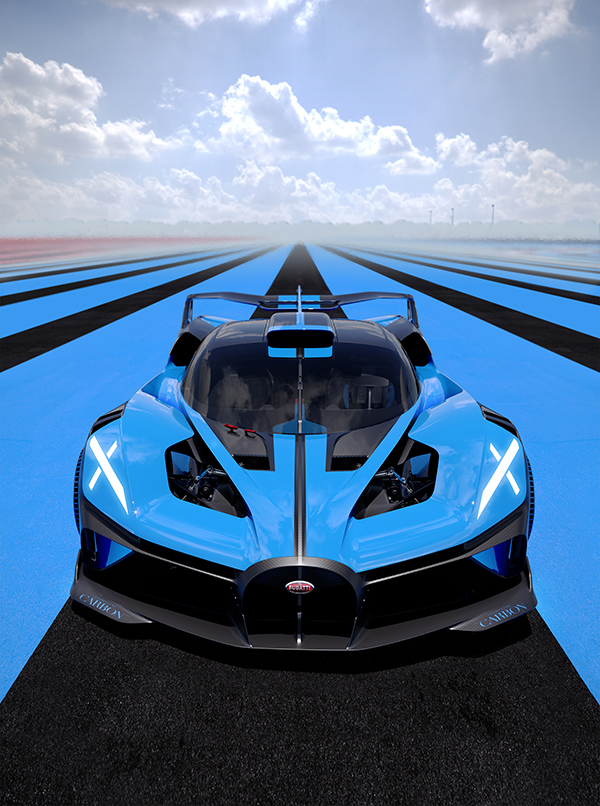 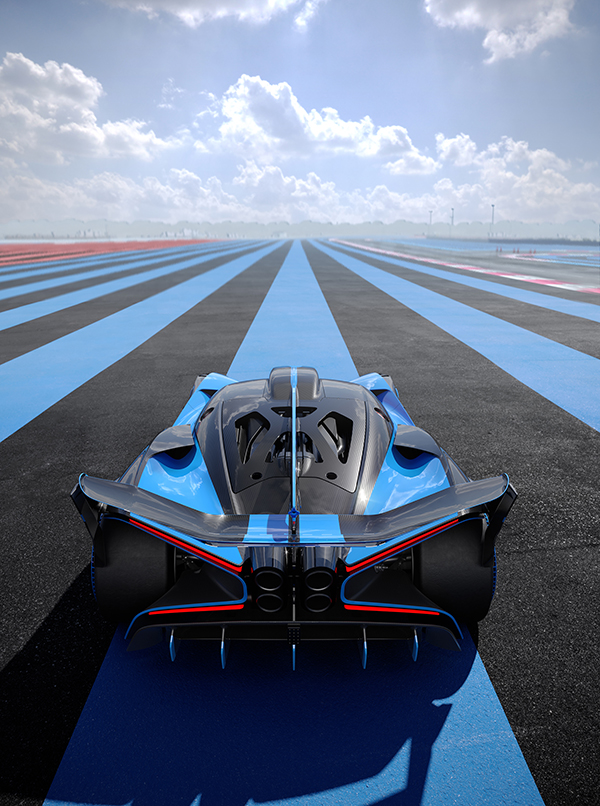 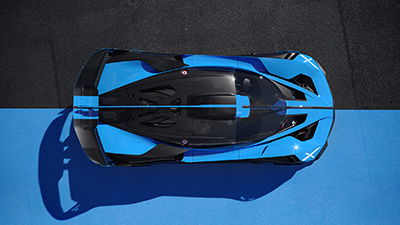 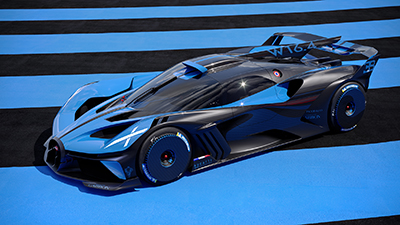 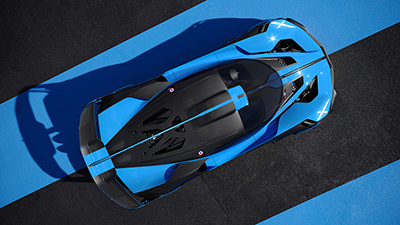 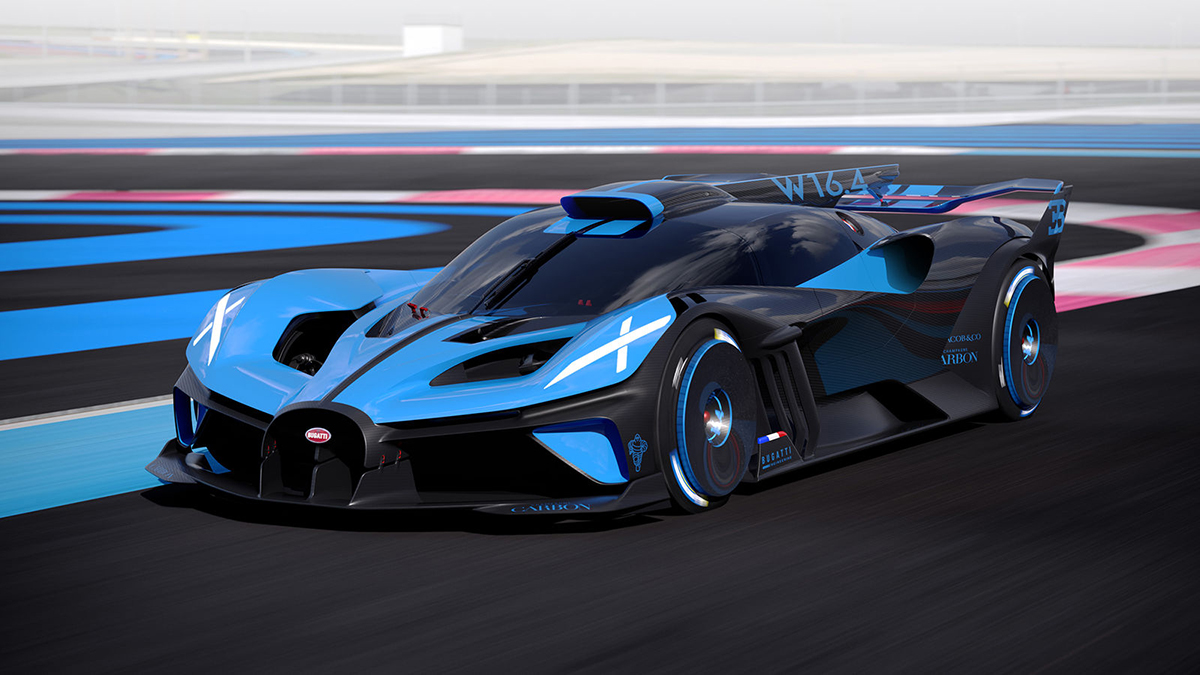