Bugatti La Voiture Noire shows up on streets of Molsheim 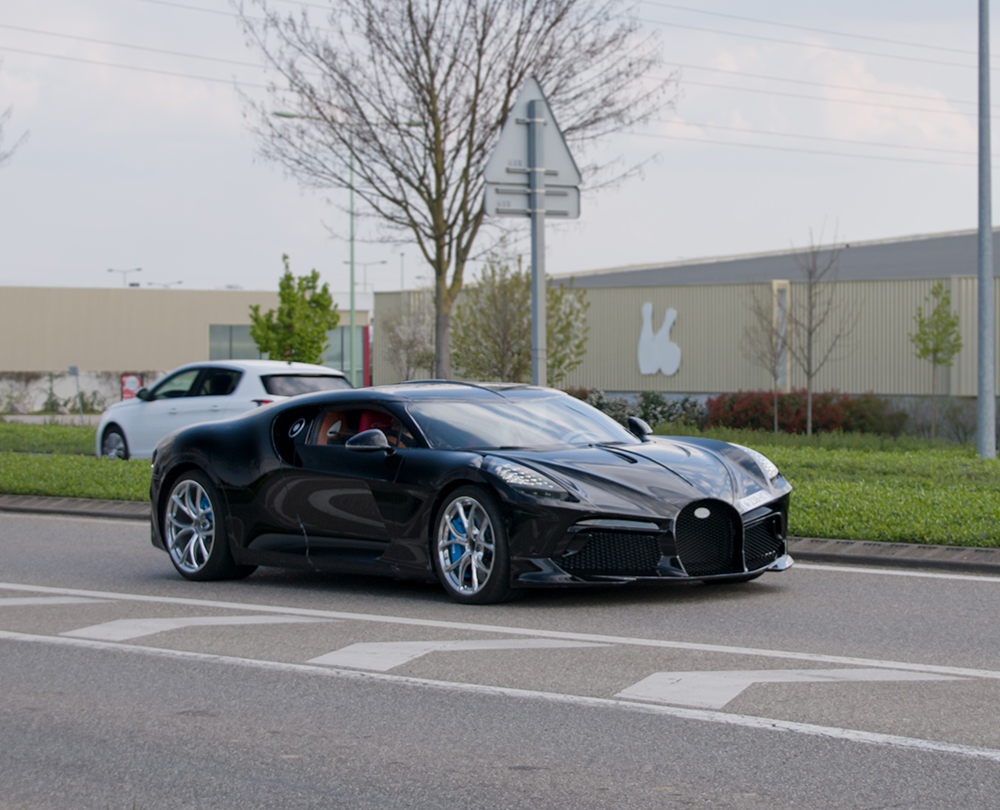 Last December, residents of Molsheim could already enjoy a Bugatti La Voiture Noire on the market square. However, a few months have passed and the car has now been spotted in front of Bugatti.

The eleven million car is a one-off and it is not clear who owns it. Is it Christian Ronaldo, Ferdinand Piëch or the Saudi "B14"? What does it really matter? What we do know is that he was seen yesterday on French soil with French registration and just drives around! Unfortunately no real spot on the site because the car just came through the gates of the Bugatti estate. So 11 million euros, without taxes! La Voiture Noire is exactly as you would expect. Black, sinister and absolutely unique. Six exhausts, a curved rear light and large letters Bugatti on the rear come into their own on this unique car. Under the hood is of course that amazing 8.0 liter W16 with at least 1,500 hp! Are we going to see this car in one of the rich seaside resorts in Europe this summer? 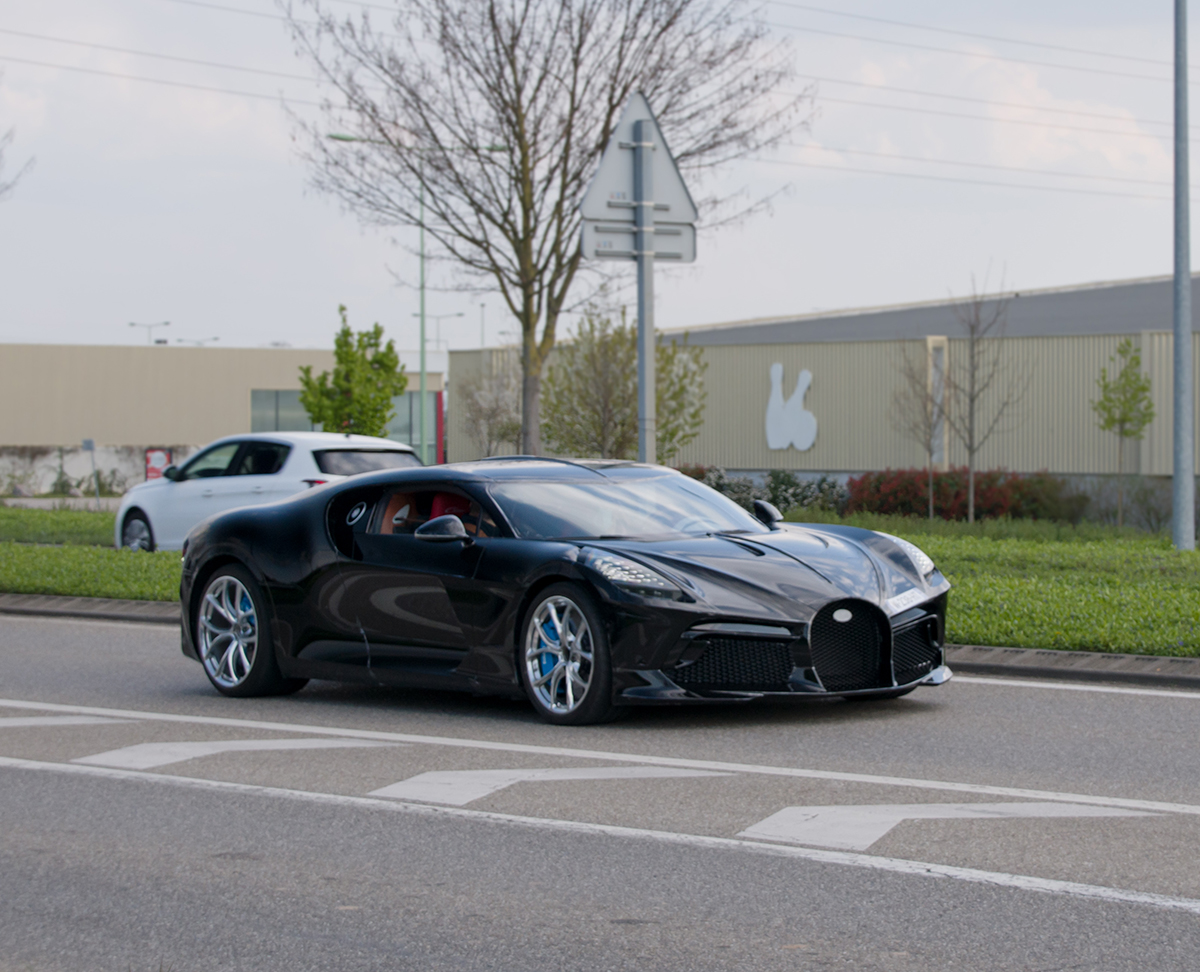 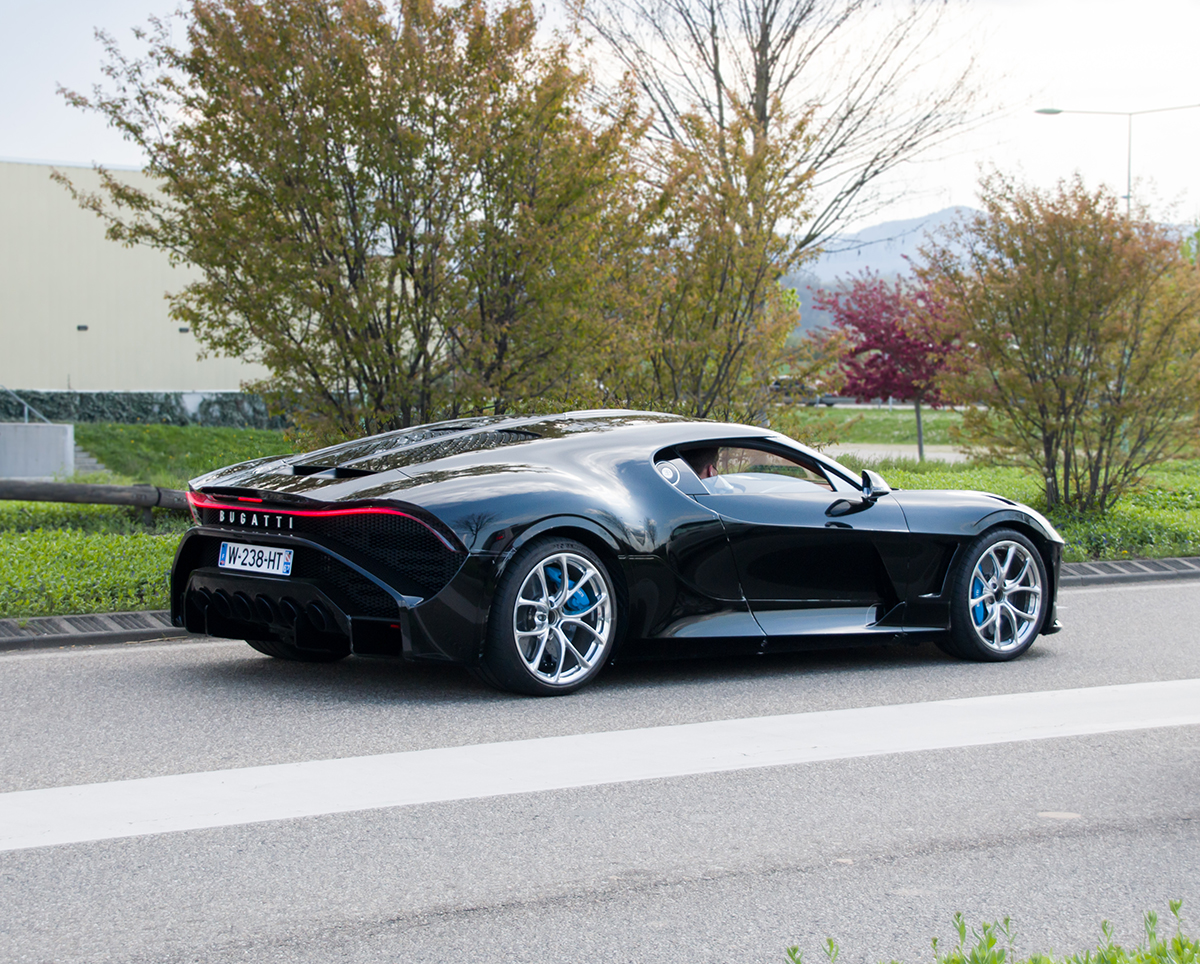