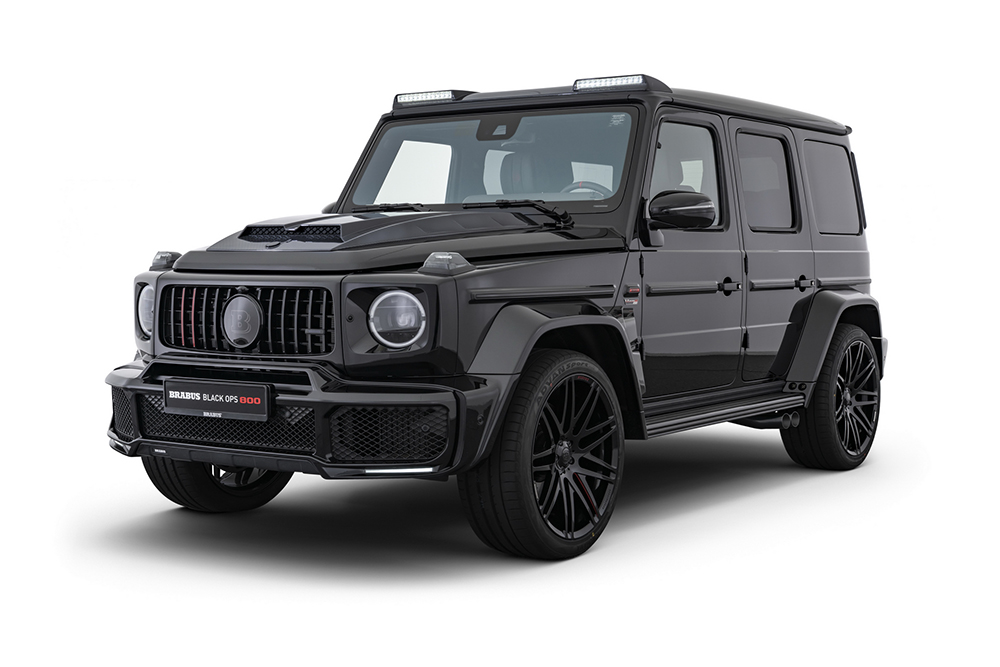 The first weekend in June 2019 provides the stage for two spectacular world premieres at two of Europe's most fascinating hot spots some 1,245 kilometers apart as the crow flies: The BRABUS BLACK OPS 800 celebrates its debut on Sylt Island in the North Sea as part of the BRABUS VIP SUMMER TOUR 2019. The BRABUS SHADOW 800 will be presented for the very first time at the Top Marques 2019 luxury trade fair in the principality of Monaco on the Mediterranean.

The basis for these two exclusive high-performance off-roaders, which are built in a strictly limited edition of just ten vehicles each, is the current Mercedes G 63 AMG.

Both special models are equipped with the spectacular BRABUS WIDESTAR widebody and 23-inch BRABUS "Platinum Edition" hi-tech forged wheels. However, they stand apart not only with their special color scheme, but also with regard to the design of their exclusive BRABUS fine leather interiors.

Matching its name, the bodywork of the BRABUS BLACK OPS 800 presented on Sylt Island sports an all-black glossy paint finish. This is accompanied by subtle elements on the vehicle body and wheels painted red to match the interior. In addition, the black brake calipers are fitted with BRABUS logotypes likewise painted red. Moreover, the looks of the vehicle are characterized by the BRABUS WIDESTAR widebody, which not only lends the current G-Model a spectacular appearance, but also adds ten centimeters (4 in) in width to this exclusive off-roader. Apart from the fender flares, this bodywork modification also comprises new fasciae at the front and rear, which give the special model an even more dynamic design. 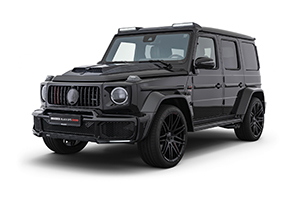 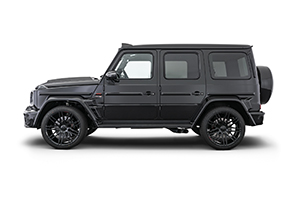 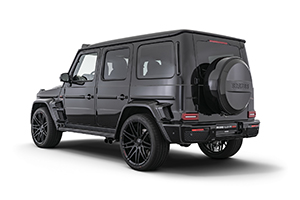 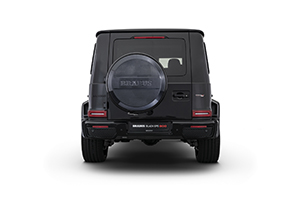 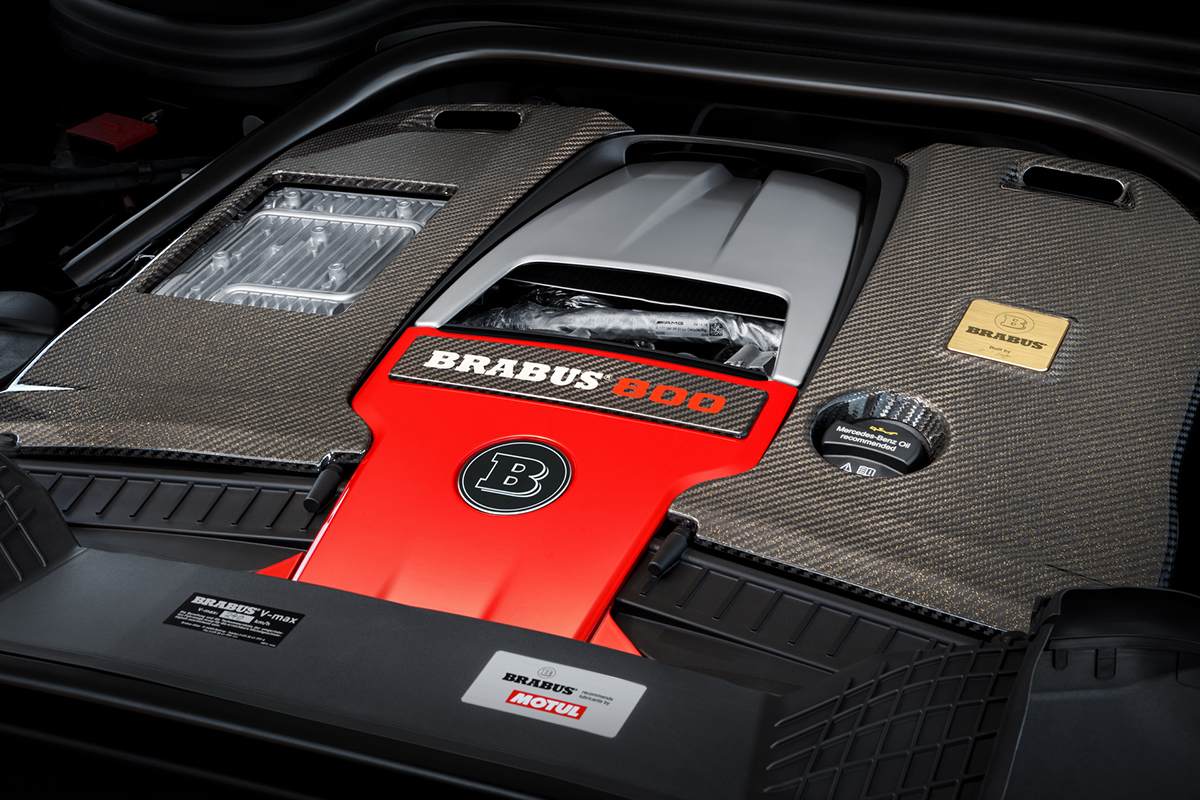 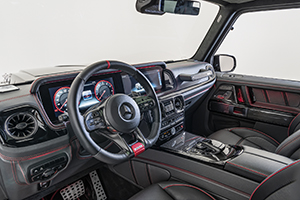 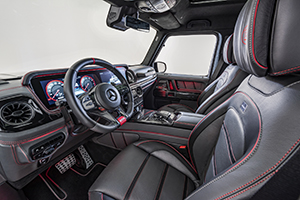 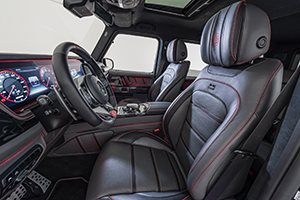 The BRABUS SHADOW 800 will be presented at the Top Marques Monaco 2019 together with the latest exclusive boat from BRABUS, which also serves as inspiration for the exterior color scheme of the limited-edition model. The BRABUS 500 "Shadow OPS" Limited Edition "1 of 28" is a recreational watercraft with a top speed in excess of 50 knots (92.6 km/h/57.5 mph), which is produced in cooperation with Finnish manufacturer Axopar Boats.

Like this agile 30-foot boat, the new supercar sports a special ‘Gunmetal Gray’ paint finish. For contrast, key WIDESTAR components such as the fender flares and the fasciae at the front and rear are painted a glossy black. 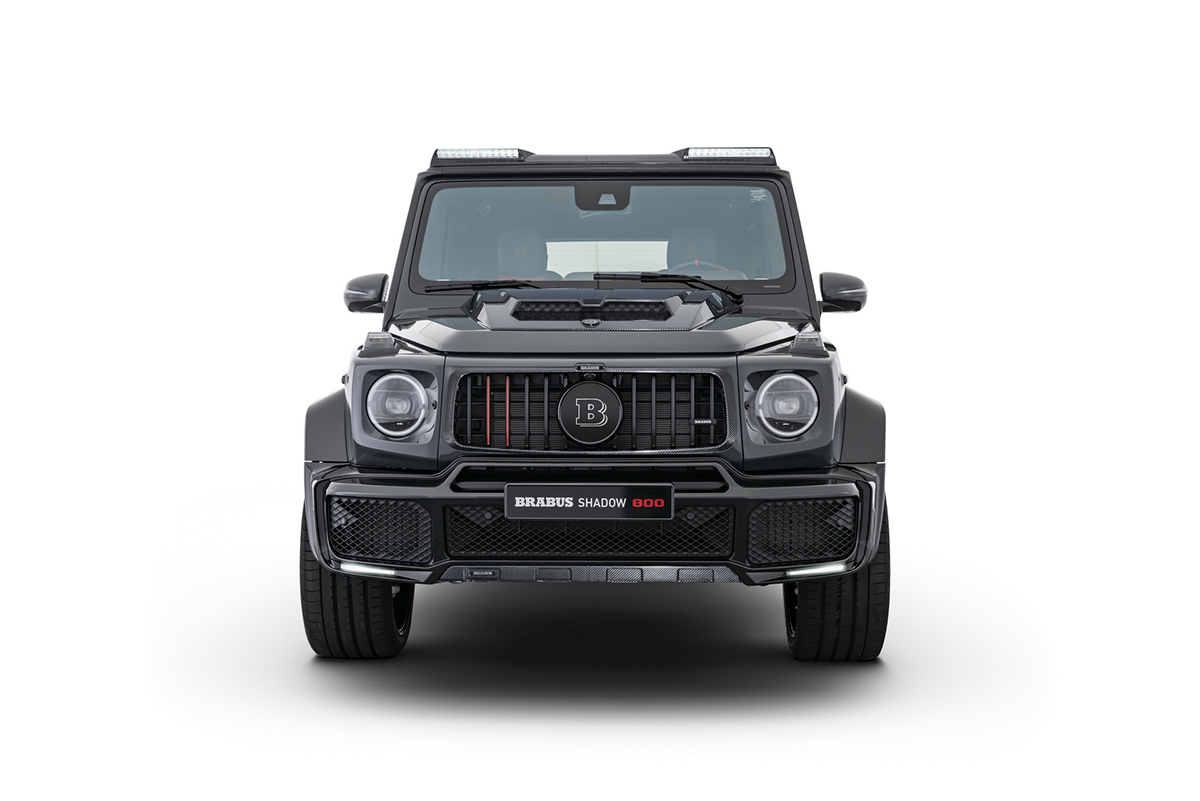 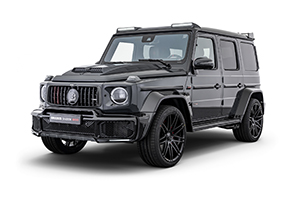 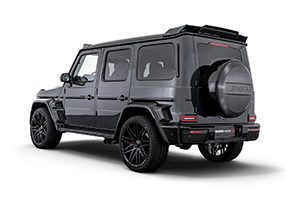 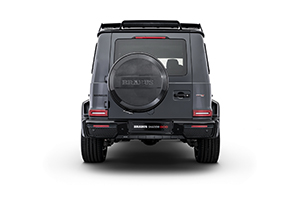 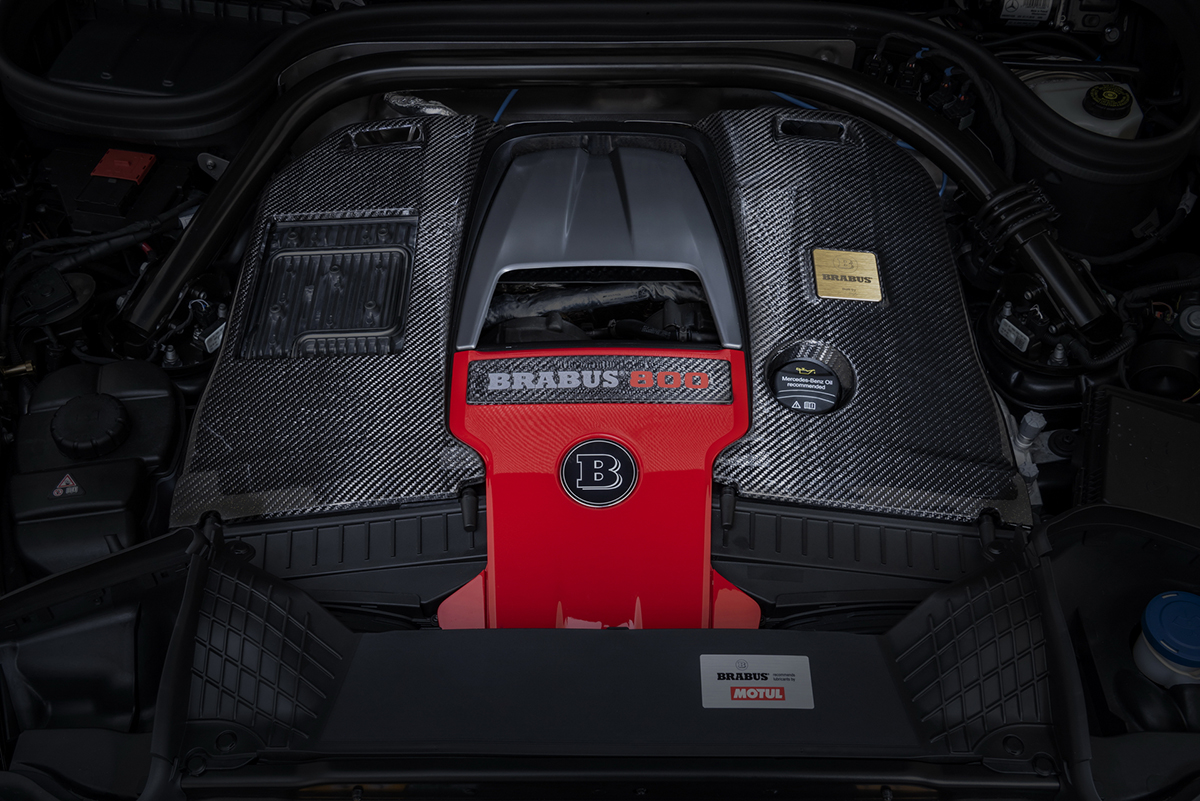 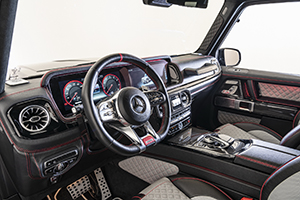 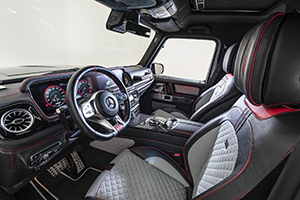 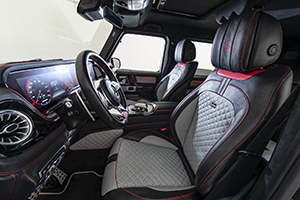 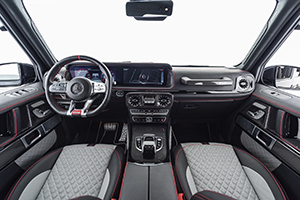