Back to the heat with this combo in Monaco

Let’s go back in time. Back to april, the month when the annual event called ‘Top Marques’ is being held in Monaco. Such an extravagant event, attracts extravagant cars. Of course, supercars aren’t that scarce in Monaco, but during the Top Marques it gets absolutely insane. This Lamborghini Aventador SV Roadster was there as well, and the yellow color is truly something to behold.

The car came all the way from the UK to Monaco; not only to enjoy a bit of sunlight, but also to attract crowds of carspotters who want to take pictures of the stunning car the Aventador SV is (and then post them on our site, for which we want to thank you all!). But, it’s not all due to the looks with the Aventador SV: the screaming V12 in the middle also generates massive attention. Luckily for us, the owner decided to take part in a photoshoot in the harbor with his car, and even though there is a Koenigsegg standing next to it, the SV holds its own. What a machine. 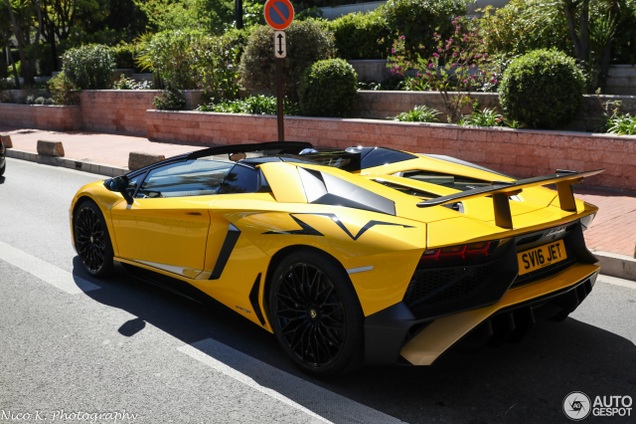