A day with the new Shelby Mustang GT350

This past week we met up with the marketing department of Ford for a photo shoot of the 2015/2016 Mustang Shelby GT350. It is an amazing car and the official production will start soon with a limited production of 100 units for the 2015 model year and 36 of the 350GTR model. The limited production will carry the 50th Anniversary badge and will be a hot item once they go on sale. Of the 100 GT350’s 50 will be equipped with the technology package and the other 50 with the racing package. The model we photographed is the pre production model but will not be different than the production GT350. This car is painted in the new color Avalanche Gray and has the Shelby characteristic Mustang racing stripes.

According to Ford the Shelby GT350 is powered by a unique, high-revving flat-plane crankshaft 5.2-liter V8 engine that will produce more than 500 horsepower – the most powerful naturally aspirated Ford engine ever produced. Ford used advanced materials, MagneRide dampers, aggressive brakes and finely tuned aerodynamics push the performance of Mustang to previously unmatched levels. You can recognize the Shelby 350GT by the new aluminum hood that has been sloped, compared to the base Mustang, and tightly wrapped around the engine for the best possible aerodynamics. The fascia has been sculpted to provide the aggressive lower front splitter with maximum pressure and a ducted belly pan delivers significant down force. The hood outlet acts as a heat extractor while also reducing under hood lift at high speed. At the rear, much of the engineering was focused on creating an aggressive functional diffuser doing double duty to increase down force and provide cooling air to the optional differential cooler, and a subtle lip spoiler across the trailing edge of the deck lid increases down force without adding excess drag.

The athletic stance of the all-new Mustang is further accentuated with contoured aluminum front fenders to accommodate the wider front track and wider wheel arches. Front fender vents work with vented inner fenders to draw out turbulent air in the wheel wells and smoothly direct it down the side of the car. The forward-angled grille is designed with individual openings to draw air through the radiator, high-pressure engine air intake, cooling ducts for the front brakes and, optional with the Track Pack, an engine oil cooler and a transmission cooler.

The new GT350 builds on Carroll Shelby’s original idea, transforming a great every-day car into a dominant road racer by taking advantage of a dramatically improved sixth-generation Mustang to create a truly special driving experience. The new Mustang is already a success and is selling better than ever! In March and April 2015 Ford sold 25,000 Mustangs crushing its rival the Camaro. The new GT350 will build on this success and we can’t wait to see the production units on the street. Thanks again to Ford for the photo shoot! 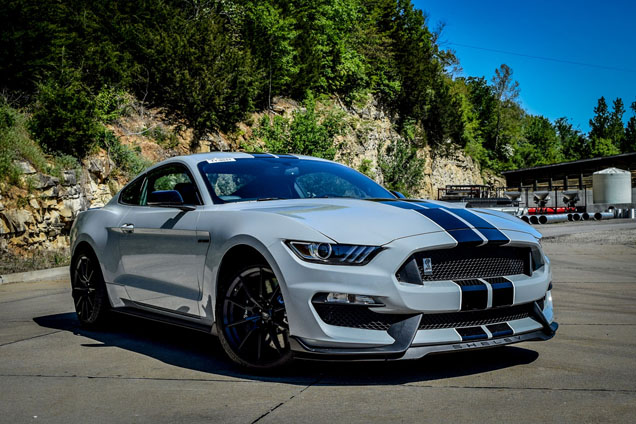 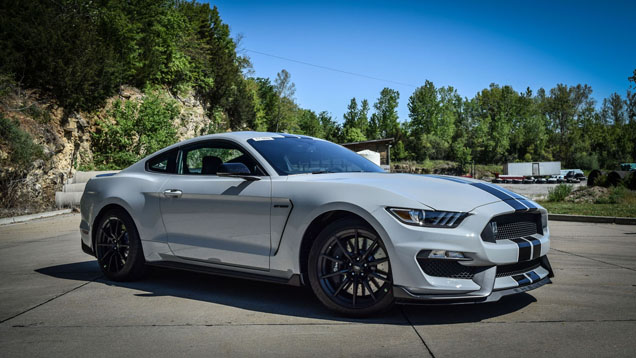 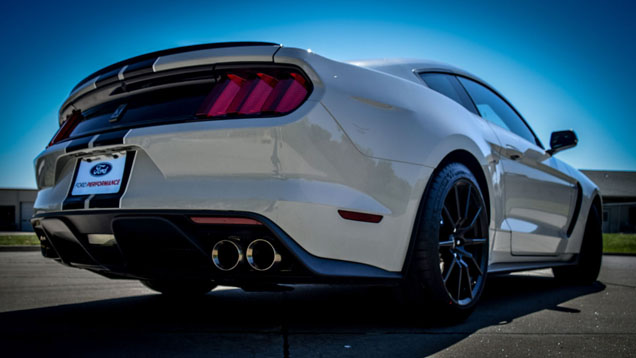 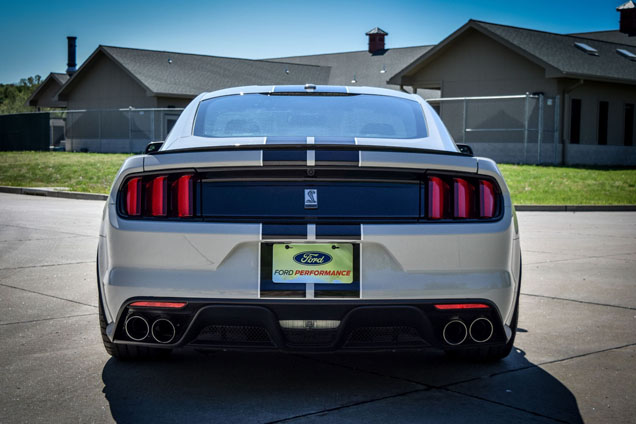